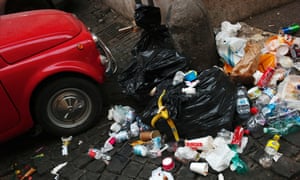 Tired of overflowing bins, potholes and exploding buses, Rome’s long-suffering residents are planning a protest in an effort to save their city from further decay.

The aim is to send a message to the city’s administration, which since June 2016 has been led by the Five Star Movement, that enough is enough.