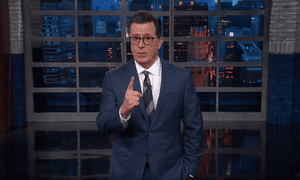 Late-night hosts covered Donald Trump’s reaction to Elizabeth Warren’s DNA test results and the president’s cowardice over the presumed killing of a journalist in Turkey.

When will US ever get over body counts as meaning anything? 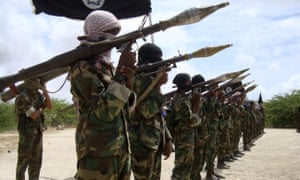 No civilians were injured or killed in Friday’s airstrike, one of the deadliest operations against al-Shabaab

A US airstrike has killed 60 Islamist extremist fighters in Somalia, in one of the deadliest ever such operations against the al-Shabaab organisation in the unstable eastern African country.

The US military said Friday’s airstrike occurred near the al-Shabaab-controlled community of Harardere in Mudug province in the central part of the country. According to its assessment no civilians were injured or killed.

thanks to aleksey godin This article first appeared