no words are enough to describe how inhuman this act is.

A middle-aged Palestinian woman has been stoned to death by Israeli settlers in the northern part of the occupied West Bank, reports say.

A 48-year-old Palestinian woman was killed and her husband was moderately wounded after being attacked by Israeli extremist settler gangs near Za’tara military checkpoint south of Nablus.

Aisha Mohammed Aravi, 48, was driving in her vehicle along her husband near a West Bank checkpoint south of Nablus late on Friday when they came under attack by Israeli settlers who came onto the road and began throwing large stones at the couple’s car.

The Palestinian Ministry of Health announced the killing of Aisha al-Rabi (48 years) from  Badia village from Salfit governorate north of west bank following an attack by Israeli settlers threw stones at her  husband car.

According to local sources, the attackers broke the windshield of the car, hitting the couple multiple times in the head and upper body with a barrage of stones. Aisha, from Bidya town, lost her life on the scene due to blunt force trauma to the head caused.

According to sources from her Bidya village, Al-Rabi is a mother for eight sons and daughters and was preparing to celebrate one of her daughters marriage after two weeks.

The extremist settlers in the West Bank are carrying out acts attacks on Palestinian citizens, especially in the surrounding villages of Nablus recently, under the eyes and sight Israeli occupation forces, who do not move to prevent or arrest them.

The tragic incident came two days after a group of Israeli settlers from the Yitzhar settlement broke into a high school in Urif village, located in southern Nablus, and began throwing stones at horrified students inside their classrooms.

Dozens of students were injured during the invasion, which also led to disruption of classes and material damage.

Minutes after the incident, Israeli forces also entered the high school and provided protection for the settlers while escorting them out of the area. The troopers also fired rubber-coated steel bullets and tear-gas canisters at students, causing a number of them to suffer from tear-gas inhalation.

About 600,000 Israelis live in over 230 illegal settlements built since the 1967 Israeli occupation of the Palestinian territories of the West Bank and East Jerusalem al-Quds.

Palestinians want the West Bank as part of a future independent Palestinian state with East Jerusalem al-Quds as its capital.

Israel’s continued settlement expansion on Palestinian territories has been a major sticking point in Israeli-Palestinian talks, which have stalled since 2014.

We have never, in the over 100-year history of the Fed, had a President that had such a vested interest (no pun intended) in the outcome of Fed policy.

McInnes has insisted that he is not a white supremacist or member of the alt-right. But his past comments include suggesting Muslims are “more violent” due to inbreeding, referring to Asians as “slopes,” and defending the use of the N-word. He’s written for VDARE.com, which the Southern Poverty Law Center identifies as a “White Nationalist” hate group, and was recently banned by Twitter for violating the platform’s policy on “violent extremist groups.” Members of the Proud Boys were present at the white supremacist #UniteTheRight rally in Charlottesville where Heather Heyer was killed. Still, Reilly said that the Republican organization does not have any misgivings about hosting McInnes, noting that the Proud Boy founder’s views don’t differ much from those of previous Metropolitan Club guests, like Tucker Carlson, Newt Gingrich, and Ann Coulter. “He is part of the right,” Reilly told Gothamist. “We promote people and ideas of all kinds from the right. We’re open to different views. We would never invite anyone who would incite violence.”

The stupid virus, disguised as “care” and misinformation being intentionally distributed by misguided paranoids is spreading.

The median vaccine exemption rate in kindergartners climbed for the third year in a row, to 2.2%, and 1.3% of 2-year-olds get no vaccines. 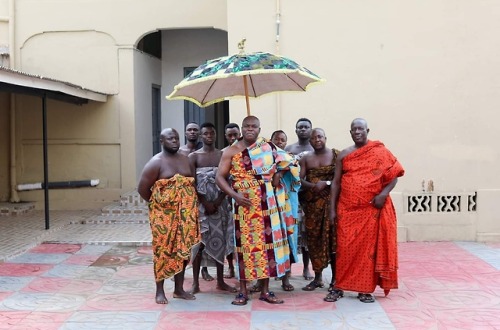 (2/3)  “After I was granted asylum, I moved in with some cousins in the Bronx.  My first job was washing dishes in the kitchen of an adult home.  I was paid $297 every two weeks.  But I noticed that the private nursing assistants were paid a lot more, so I enrolled in some classes and received my certification.  My first assignment was a quadriplegic named Hector.  I ended up staying with him for six years.  I fed him, changed his diapers, helped him go to the bathroom, everything.  I really loved him.  We went all over the place.  We drove to Chicago and California.  My shift was the overnight, so sometimes I’d drive him to the club and he’d go dancing in his wheelchair.  I’d stand right next to him the entire time.  During the day I took classes at Lehman College.  I majored in health services.  After my graduation, the whispers began once more.  Family members were urging me to come home and take my rightful position on the throne.  So I said ‘goodbye’ to Hector and moved back to Ghana.  I got a job in business until the last king passed away in 2011.  And this time when the elders called on me, I was ready.”
(Akwamufie, Ghana) 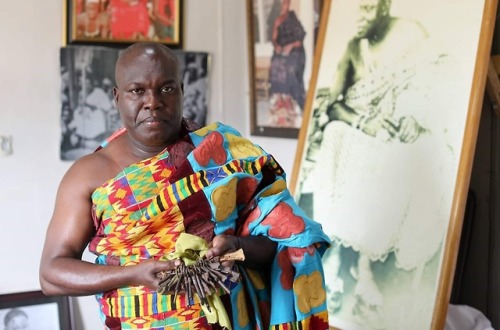 (3/3) “It’s not easy being king.  I have to follow many of the old rituals.  I cannot be seen in public without an escort.  I must always eat alone.  And the power isn’t what it used to be.  We’re living in a different time.  We aren’t battling for territory anymore.  We aren’t petitioning the colonies.  The palace still rules on minor disputes, but mainly my power is indirect.  I advocate for my people when the national government is setting its agenda.  I enjoy the role.  I want to improve the lives of all my subjects.  I want them to have clean water.  I want them to have quality education.  But my main focus is development.  I want our kingdom to become a tourist hub.  The income would transform so many lives, and we have so much to offer.  We have a beautiful river.  We have a great history.  And we have some of the oldest artifacts in Ghana.  In 1680 the Dutch built a castle on our shores, and my people captured it.  It was the first time in history that a black man owned a castle.  We held it for several years.  Eventually we gave it back, on one condition: they had to let us keep the keys.”
(Akwamufie, Ghana)

via aleksey godin – had not thought of that – must have set watch to send/share info with wife?

This is truly dramatic, if true. The murder of Jamal Khashoggi was allegedly recorded on his Apple watch and transmitted outside. https://twitter.com/therynheart/status/1050596257402503170 …

This is truly dramatic, if true. The murder of Jamal Khashoggi was allegedly recorded on his Apple watch and transmitted outside. https://t.co/tr9Ot61GIF

“This is truly dramatic, if true. The murder of Jamal Khashoggi was allegedly recorded on his Apple watch and transmitted outside. https://t.co/tr9Ot61GIF”

Trying to disenfranchise more than 50% of Native Americans living on reservations.

North Dakota Republicans want to disenfranchise enough voters to take a Senate seat, and who’s going to stop them — the Supreme Court of the United States?

The Supreme Court on Tuesday upheld a lower-court order requiring voters in North Dakota to present certain forms of identification and proof of their residential address in order to cast a ballot in next month’s elections. A case challenging this requirement on behalf of the state’s sizable Native American populations alleged that the requirement would disenfranchise tribal residents, many of whom lack the proper identification and do not have residential addresses on their identification cards.

The Supreme Court’s order will likely make it harder for Sen. Heidi Heitkamp, considered the most vulnerable Democrat in the Senate, to retain her seat in November. Heitkamp won her seat by less than 3,000 votes in 2012 with strong backing from Native Americans, and she is the only statewide elected Democrat. North Dakota Republicans began changing voting rules to make it harder to cast a ballot months after Heitkamp’s victory six years ago. Republicans have claimed the changes to voter ID requirements are intended to stop voter fraud, even though in-person fraud is exceedingly rare.

Justice Brett Kavanaugh, who was sworn in on Monday, did not partake in the decision, and Justices Ruth Bader Ginsburg and Elena Kagan dissented.

North Dakota’s 2017 voter law ID was challenged by Native residents who alleged that the law disproportionately blocked Native Americans from voting. In April, a federal district court judge blocked large portions of the law as discriminatory against Native voters. “The State has acknowledged that Native American communities often lack residential street addresses,” Judge Daniel Hovland wrote. “Nevertheless, under current State law an individual who does not have a ‘current residential street address’ will never be qualified to vote.” According to the website of the Native American Rights Fund, which represents the plaintiffs, many native residents lack residential street addresses because “the U.S. postal service does not provide residential delivery in these rural Indian communities.”As a result, tribal IDs use P.O. boxes, which are not sufficient under North Dakota’s new law—a specification that seems designed to disenfranchise native voters. Hovland’s ruling was in place during the primaries this spring.

To clarify for people who aren’t Supreme Court nerds, the fact that Breyer and Sotomayor didn’t join the dissent doesn’t mean they didn’t vote for the stay, which requires five votes.

The Roberts Court is essentially what would happen if you took Ely’s “representation-reinforcement” theory and did the opposite. And on voting rights, Kavanaugh doesn’s shift the Court to the right — Kennedy, as on so many other issues, was every bit as terrible as Roberts.

Cultural institutions in the United States have welcomed relationships with Saudi Arabia to help build understanding and fund ambitious programs.