The worst government money can buy is their objective. The Las Vegas couple, who had already given $55 million, delivered a last-minute infusion of cash to help the party remain in control in Washington.

Why do Republicans think they can get away with such blatant lies? Partly it’s because they expect their Fox-watching followers to believe anything they’re told. But it’s also because they can still count on enablers in the mainstream news media. After all, why did USA Today approve this piece? Letting Trump express his opinion is one thing; giving him a platform for blatant lies is another. And as fact-checker Glenn Kessler of The Washington Post put it, “Almost every sentence contained a misleading statement or a falsehood.” Even the president of the United States isn’t entitled to his own facts. So will the G.O.P.’s Big Lie on health care work? We’ll find out in a few weeks.

Among the extremist, radical right-wing, and anti-Muslim groups that received funds from the SF Federation, both directly and through the Diller Foundation, and some of which have received substantial and repeated grants over the years, include: Project Veritas, The AMCHA Initiative, The American Freedom Law Center, the American Freedom Defense Initiative, The David Horowitz Freedom Center, and the work of Islamophobic Dutch politician Geert Wilders (through the International Freedom Alliance Foundation). Others include the Clarion Fund, the Center for Security Policy (Frank Gaffney), the Middle East Forum (Daniel Pipes), the Tea Party Patriots Foundation, and the Foundation for the Defense of Democracies. Project Veritas, which the Federation gave $100,000 in 2016, is responsible for falsifying sexual misconduct allegations against Roy Moore last year to The Washington Post in hopes of entrapping the liberal mainstream media The AMCHA Initiative, which received hundreds of thousands of dollars from the SF Federation and the Diller Foundation in recent years, operates similarly to Canary Mission, except that it primarily goes after faculty, not students. The David Horowitz Freed

Salmon farmers are shooting thousands of beanbag bullets at seals to deter them from raiding pens in a practice animal rights activists say is “unacceptable”.

Never in my wildest dreams did I imagine I would ever side with Swifties.

Hate is love, freedom is slavery, Legault is… 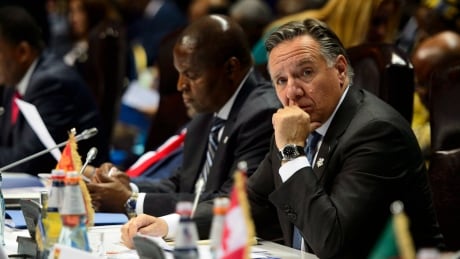 The crucifix hanging in Quebec’s National Assembly is a historical symbol, not a religious one, even though it represents the Christian values of the province’s two colonial ancestors, premier-designate François Legault said Thursday. 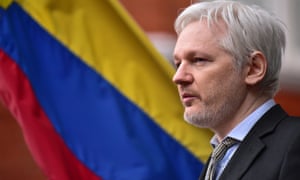 The Trump campaign argued in a legal filing that WikiLeaks could not be held liable for publishing emails that were stolen by Russian hackers ahead of the 2016 US election because the website was simply serving as a passive publishing platform on behalf of a third party, in the same way as Google or Facebook.

Questions about WikiLeaks’ publication of thousands of hacked emails, which it allegedly obtained following a plot by Russian military intelligence to steal the emails from Hillary Clinton’s presidential campaign and the Democratic party, are at the heart of Robert Mueller’s criminal investigation into possible collusion between the Trump campaign and the Kremlin. 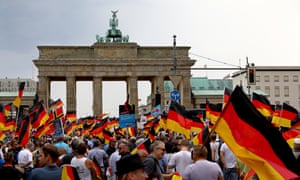 School pupils in Germany are being urged by the far-right Alternative für Deutschland party (AfD) to denounce teachers who express a political opinion.

Neutral Schools, an online portal, has been launched as a pilot project in Hamburg and the AfD has announced plans to roll out the scheme across the country. 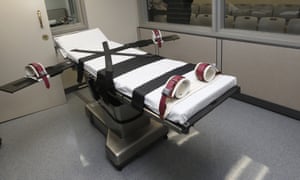 Judges rule measure unconstitutional, and order that the eight people on death row have sentences converted to life in prison

A panel of judges on Thursday unanimously struck down the death penalty in Washington state, ruling that it violates the state constitution.

The ruling makes Washington the latest state to do away with capital punishment, leaving 30 states in the United States that maintain the measure.

Khashoggi’s disappearance has come amid a particularly harsh and opaque crackdown on Saudi journalists and bloggers.