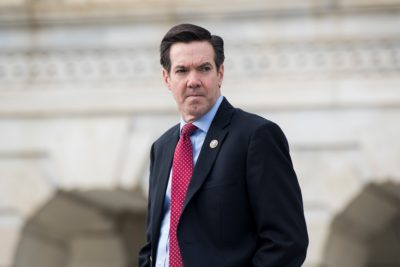 Days before the voter registration deadline in Texas, Waller County realized half of registered students at Prairie View A&M, a local, historically black university, were being sent to the wrong polling place.

a July report by the Montana Human Rights Network argues that CERA, along with other anti-American Indian groups, such as Upstate Citizens for Equality and Proper Economic Resource Management, should be labeled hate groups for their multifaceted attempts to reduce Indigenous political power while promoting racist stereotypes. Willman calls the network’s labeling of CERA as a hate group “absolute trash,” but says that the network does always quote her accurately. “There’s no one at that event who holds hate in their heart,” Willman says of the Whitefish conference. “The only ones who hold hate in their heart is probably the Montana Human Rights Network, and I think that’s sad. What a horrible way to think and live.”

Source: One of Oldest Coal Companies in U.S. Files for Bankruptcy

Lara Alqasem once belonged to a group perhaps most notable for backing an Israel hummus boycott. Now Israel says she can’t study in Jerusalem.

A black man who was babysitting two white children had the police called on him after a white woman tried to question him about what they were doing with him.

The man, Richard Pinedo, sold fake bank accounts to Russians who waged a social media campaign to sow chaos and disrupt the 2016 election.

Turkish officials have accused 15 Saudis, including a forensics expert, of killing Jamal Khashoggi inside the consulate in Istanbul and dismembering his body.

For a while I suspected Trump was playing some weird game, telling people to stop talking about her clothes and then wearing a jacket that said “I really don’t care, do u?” while en route to an immigrant child detention centre. Was she gaslighting us with fashion? Then I wondered if perhaps the problem was that she was just so used to having to be mute around the spray-tanned Stay Puft Marshmallow Man she married that she could not help but try to talk through her clothes. But after jacketgate and what I am calling Belloqgate, I think it’s more simple: her stylist is a genius insurrectionist on the inside, working to make the Trumps look even more deranged than they are. There really is no other explanation, and, personally, I salute that stylist. I cannot wait for her SS-inspired wardrobe for her trip to Germany. Start polishing those black boots, Melania!

Source: We need to talk about Melania Trump’s Out of Africa wardrobe | Fashion | The Guardian

He couldn’t have written this – farmed it out to his Goebbles look alike! 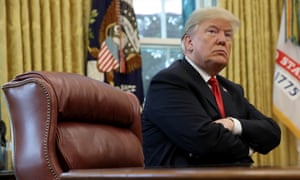 Democrats have denounced a “deceitful” opinion article by Donald Trump, which claims that the party has embraced Venezuela-style socialism.

The president wrote in USA Today, one of the country’s most widely read newspapers, on Wednesday: “The truth is that the centrist Democratic party is dead. The new Democrats are radical socialists who want to model America’s economy after Venezuela.” 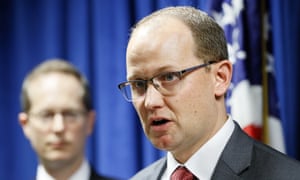 A spy for the Chinese ministry of state security has been arrested and indicted on charges of economic espionage and attempting to steal trade secrets from several US aviation and aerospace companies, according to the justice department.

Yanjun Xu, a deputy division director for the ministry’s Jiangsu state security department, is accused of targeting several aerospace companies, including GE Aviation, a subsidiary of General Electric Co, the justice department said in a statement.