There are no words to describe how foul and pandering this guy is. Continuing to shed his maverick credentials, the South Carolina Republican told his Democratic Senate colleagues, “What you want to do is destroy this guy’s life.”

Like Loading...
News
A Twin Cities contractor is accused of bringing undocumented workers to Minnesota and threatening to report them to immigration officials if they complained about being underpaid and dangerous working conditions. The Palestinian president has said the US decision undermined the two-state solution to its conflict with Israel. Abbas also said the Palestinians will not accept a “biased” US as the sole mediator in the peace process. 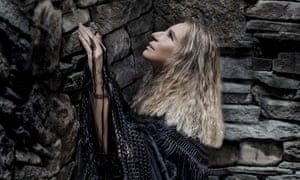 With lyrics such as ‘you change the facts to justify’, Streisand has released a lament for Trump’s presidency

Barbra Streisand has released Don’t Lie to Me, a new song that takes aim at Donald Trump.

Over a bombastic string-laden backing, Streisand sings: “How do you win if we all lose? / You change the facts to justify / Your lips move but your words get in the way” – an allusion to Trump’s notoriously liberal attitude to the truth, with the Washington Post calculating he has made 5,000 “false or misleading claims” since his presidency began. 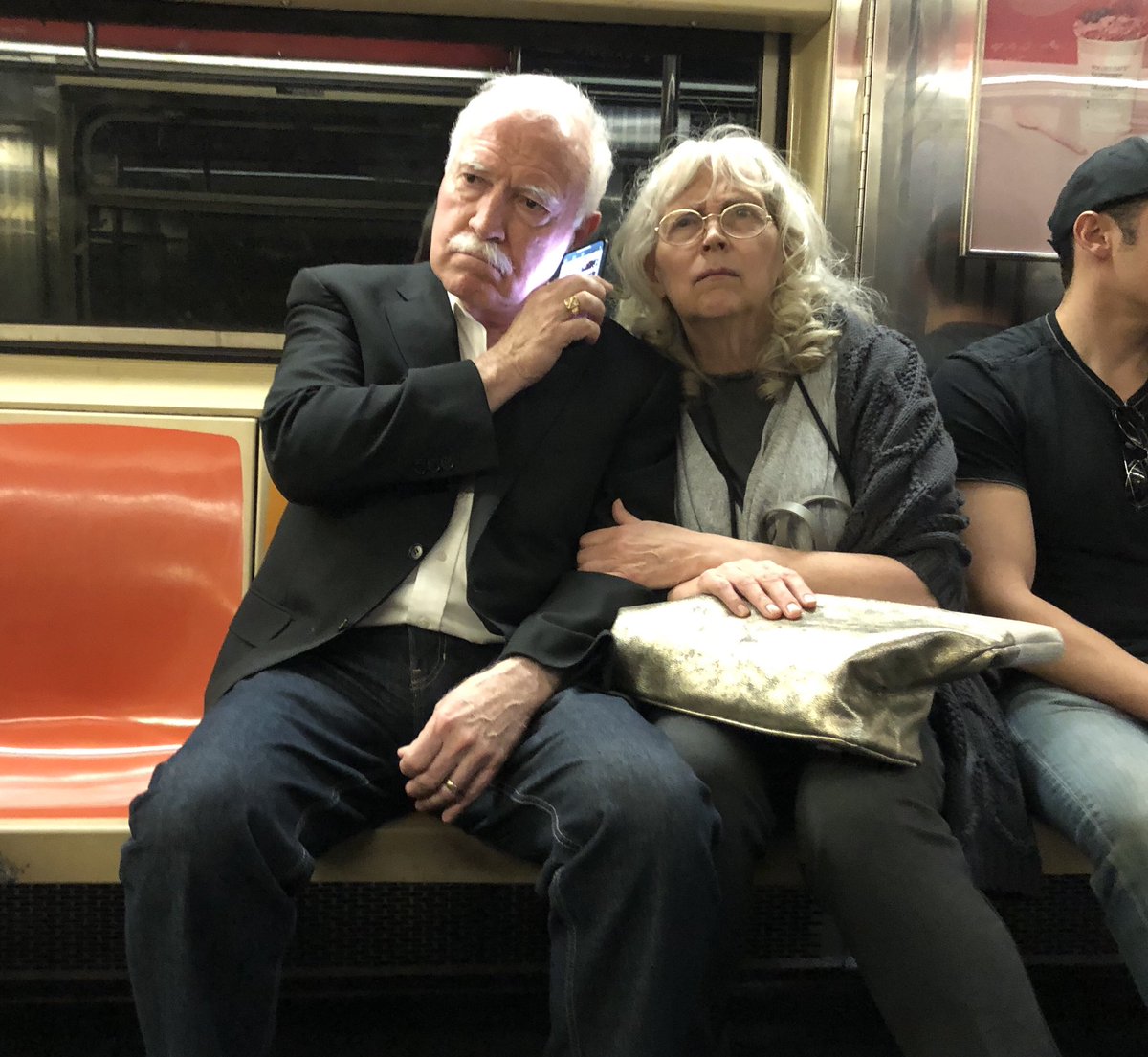 Across the US on Thursday, scenes emerged of emotional communing among women as they watched the Senate judiciary committee testimony of Dr Christine Blasey Ford, the professor who has accused supreme court nominee Brett Kavanaugh of sexually assaulting her while they were in high school.

They were watching alone or together in groups, in government buildings, in gyms, on airplanes and trains, even on the airwaves of the otherwise staid C-Span. 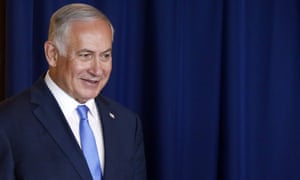 Benjamin Netanyahu has claimed that Israel had identified a “secret atomic warehouse” in Tehran, containing nuclear equipment and radioactive material.

Israel’s prime minister called for new sanctions against Iran and accused European leaders of “appeasement” for opposing them.

Trump’s nominee for SCOTUS has had a couple of bad weeks…..first one accusation of sexual misconduct….then a second….from the gossip around there maybe be a third.

During all this the nominee has said he is completely innocent of the charges (as one would expect him to do)…..but the Senate in its haste to confirm will ignore all sense of legality and push this person through the process….

Last night CDC Director Dr. Robert Redfield, in an interview with the Associated Press, revealed that at least 80,000 Americans died during last winter’s severe flu season, while more than 900,000 were hospitalized.

Both are record breaking numbers, probably not matched since the 1968 H3N2 pandemic. Moreover, those estimates – once refined – could even go higher.

As we discussed last June (see A Snapshot From Last Winter’s Severe Flu Season – Texas), getting `good’ estimates  on flu-related deaths can be  extraordinarily challenging.

Heart attacks and strokes have been linked to recent flu infection (see Eur. Resp.J.: Influenza & Pneumonia Infections Increase Risk Of Heart Attack and Stroke) and many of those deaths are attributed to cardiovascular – not viral – causes. To be picked up by the P&I surveillance system, influenza or pneumonia has to be cited on the death certificate as being a contributing factor to a patient’s death.

If the patient had cancer, or heart problems, was of advanced age, or had any other significant co-morbidity – that – not influenza or pneumonia, is usually listed as the primary cause of death.

The CDC has an `expected range’ of seasonal influenza hospitalizations and deaths (see chart below), but even without a novel virus, it is possible to see an unusually severe `outlier’ season.

And last year clearly falls into that category, with at least 40% more deaths than the `maximum expected’ seasonal flu-related fatalities. While all of this is based on – as yet – unpublished data, we have a statement this morning from the CDC on last year’s influenza impact.

National Press Conference Kicks Off 2018-2019 Flu Vaccination Campaign
On September 27, 2018, the Centers for Disease Control and Prevention (CDC) and the National Foundation for Infectious Diseases (NFID) along with other public health and medical groups kicked off the 2018-2019 flu vaccine campaign at a press conference held at the National Press Club in Washington, D.C. CDC early estimates indicate that more than 900,000 people were hospitalized and more than 80,000 people died from flu last season[1]. These new estimates are record-breaking, and emphasize the seriousness and severity of flu illness and serve as a strong reminder of the importance of flu vaccination.

Flu vaccination has been shown to reduce the risk of flu illness, and a growing body of evidence supports the fact that vaccination also reduces the risk of serious flu outcomes that can result in hospitalization and even death. CDC estimates that flu vaccines prevent tens of thousands of hospitalizations each year and a CDC study in 2017 was the first of its kind to show flu vaccination reduced the risk of flu-associated death by half (51 percent) among children with underlying high-risk medical conditions and by nearly two-thirds (65 percent) among healthy children.

Most recently, an August 2018 study showed that flu vaccination lessened the risk of severe flu among adults, including reducing the risk of hospitalization and admission to the intensive care unit, and also lessened severity of illness. These benefits are especially important for people at high risk of serious flu complications, like people 65 and older, children younger than 5 years, pregnant women and people with certain underlying long-term medical conditions like heart and lung disease, or diabetes.

CDC recommends that people be vaccinated anytime between now and the end of October. CDC recommends an annual flu vaccine for everyone age six months and older.

While we could get lucky, and see a much milder flu season this year – as I wrote last January in Remembering 1951: The Year Seasonal Flu Went Rogue – even a mild flu season can turn ugly without warning.

The flu vaccine is admittedly not as protective as we’d like it to be – and a better vaccine is sorely needed – but it still provides moderate protection most years.

Even when it fails to prevent infection, it has been shown it can reduce the severity of illness (see CMAJ Research: Repeated Flu Vaccinations Reduce Severity of Illness In Elderly).

When combined with practicing good flu hygiene (covering coughs, staying home when sick, and washing/sanitizing your hands) – they are the best steps you can take each year to reduce your chances of getting the flu.

WASHINGTON, D.C., September 27, 2018 – Following a particularly severe 2017-2018 influenza (flu) season with a record-breaking estimated 900,000 hospitalizations and more than 80,000 deaths in the U.S., the National Foundation for Infectious Diseases (NFID), along with public health and medical organizations, presented the benefits of flu vaccination and urged the public and healthcare professionals to follow the Centers for Disease Control and Prevention (CDC) recommendation that everyone age 6 months and older get vaccinated against flu each year.

“Last season illustrated what every public health official knows — influenza can be serious in people of all ages, even in the healthiest children and adults,” says U.S. Surgeon General Jerome M. Adams, M.D., M.P.H. “It is critical that we focus national attention on the importance of influenza vaccination to protect as many people as possible every season. Today, I am leading by example and getting vaccinated against flu.”

The Republican Senators on the committee are such cowards that they won’t even do the questioning of Dr. Blasey Ford themselves. They are bringing in a ringer from Arizona- a woman, whose office has a backlog of FOUR THOUSAND UNTESTED RAPE KITS…so, well…doesn’t that tell you all that you need to know about her?

Source: Thursday Open Thread | The Accusers Step Up: All Eyes on the Senate Judiciary Committee | 3CHICSPOLITICO