Iran has ample reason to stay in the 2015 nuclear deal despite the U.S. withdrawal and the remaining parties on Monday will discuss ways to blunt the effect of impending U.S. sanctions on Tehran, the European Union’s foreign policy chief said. Glyphosate, the world’s most widely used weed killer, has caused concerns over its potential risk to human health and the environment for decades. Now, new research shows that glyphosate may be indirectly killing bees.

Exactly what haters want – kill people. Arkansas is the first state to test it, and thousands have been kicked off the program.

High school girls said they recognized the way Mr. Kavanaugh’s accuser, Christine Blasey Ford, was being criticized for speaking out.

Outsourcing this responsibility to female aides or an outside female lawyer because of bad optics is sexist and cowardly.

Kavanaugh and our rotten ruling class.

A number of not-for-profit universities have taken up where the for profits left off Students defrauded by for-profit schools can expect no help from Education Secretary Betsy DeVos. But a federal court ruling offers some hope.

Denying green cards or visas to those on Medicaid or food stamps will only cost the United States more later.

More sexual assault allegations against Supreme Court nominee Brett Kavanaugh surfaced on Sunday, and all point to a pattern of using alcohol and drugs to take advantage of women at parties. [ more › ] 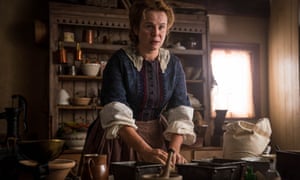 With movements like #MeToo and #WhyIDidn’tReport, it seems the world has woken up – but the stories we tell still punish women who speak out

I’m aware of the consequences for women who go off-script. When I published a book earlier this year – six personal essays about all the things we’re not meant to say – I was fearful of the public response, afraid of being labelled disruptive. And I have been – but mostly in a good way. Every day I get emails from readers thanking me for talking about alcoholism, infertility and sexual violence.

One of the few negative reactions came from a radio journalist, who questioned how –not why – I’d chosen to write about having been raped when I was 15. Why hadn’t I put the description of the rape at the beginning of the book, he asked, to “hit people between the eyes”? I was taken aback by his question, and after the interview I found I couldn’t let it go. Why had he asked me that? And why had he asked me live on air? His question suggested that the only reason I could possibly have to describe being raped was so I could use it as a weapon. All the emotions I had – fury, sadness, regret and fear – were reduced to one: anger. It’s as if there’s a new script: the angry woman script. And I’m not sure that I like this one, either.