The New York Times visited more than 150 homes in Punta Santiago to document the damage that remains a year after Hurricane Maria.

In the previous part of a joint investigation, Bellingcat and The Insider – Russia established that: Alexander Petrov – a fake cover persona for a yet unidentified Russian individual – is not a civilian but linked to one of Russia’s security services. This assessment was based on an exhaustive analysis of “Petrov” passport dossier as…

Dareen Tatour, who was arrested and jailed for poems she published on social media, is released from prison. Tatour: ‘It will be impossible to stop my writing.’

Palestinian poet Dareen Tatour was released from prison on September 20, 2018. She was arrested in October 2015, and later convicted of incitement to terrorism and violence for poems she published on social media. (Oren Ziv/Activestills.org)

Palestinian poet Dareen Tatour was released today after serving 42 days in prison. Her five-month sentence was reduced by 97 days, the same amount of time she spent in jail following her arrest in October 2015, before being transferred to house arrest for nearly three years.

“I am very happy to be free, finally, after three years. These were three years of suffering, but I am free now,” said Tatour upon her release.

Tatour, who hails from the village of Reineh near Nazareth, was convicted of incitement to terrorism and violence over a poem she published on her personal Facebook page, titled “Qawem Ya Sha’abi, Qawemhum” (“Resist my people, resist them”), as well as two other social media posts. The poet has become a symbol of the rise of state surveillance of social media.

Tatour was released one day earlier than expected, which came as a surprise to the family and friends who arrived to greet her upon her release. Her father, Tawfik Tatour, who had only seen his daughter once since she was detained in early August, said he did not expect to get a call the night before, informing him of the early release. “It is a joy, I am extremely excited,” he said. A celebration of Tatour’s release will take place on Friday, and her father invites the public to join.

Throughout her trial, the state summoned a string of experts on poetry and the Arabic language to analyze the words of a young poet who was mostly anonymous until her arrest.

Tatour promised to keep writing. “I regret being sent to prison for a poem, but it will be impossible to stop my writing,” she said.

As the headlines of their corporate misdeeds pile up, the Monsanto name is becoming even more synonymous with shady dealings and the obfuscation of science, all at the expense of public health. Will the company’s recent mega-merger with fellow seed and pesticide giant Bayer erase Monsanto’s track record? Bayer seems to think so, as they made the decision to drop the Monsanto name completely post-merger. But we’re not too worried.

Monsanto in the spotlight

After decades spent dodging regulators and burying scientific findings that could hurt their profits, Monsanto is finally facing their day in court. Or rather, many days in court. Earlier this summer, the company lost the first of more than 4,000 lawsuits brought against their flagship weedkiller Roundup.

The public has been paying attention, as Bayer shares plummeted following the court defeat, even though the merger process hadn’t completely wrapped up yet.

And as it turns out, Bayer and Monsanto have actually been on the same page of the industry playbook for years. In fact, Bayer deserves special recognition for their own style of spreading misinformation.

Bayer’s corporate record book definitely isn’t clean. The pharmaceutical and chemical company best known for aspirin has spent time and resources protecting their brand through “greenwashing.” Bayer and many other corporations have perfected this PR strategy, spreading misleading information to promote themselves as champions of sustainability.

The event centered on making wildflower boutonnieres and planting flowers to help combat pollinator declines. But Bayer is the leading producer of neonicotinoid pesticides — a key driver of pollinator declines, in addition to other factors like disease and habitat loss. Bayer hosting this pollinator party focused on a problem they’re no doubt contributing to was a prime example of greenwashing.

PAN and partners rallied to expose the event’s corporate sponsorship and shut the event down, sending Bayer a strong message that their “bee-friendly” distraction tactics aren’t welcome in our neighborhood.

Bayer’s not the only one selling their corporate mismanagement as leadership. A few more top greenwashing offenders:

In a world of low corporate transparency, the burden falls on all of us to recognize dangerous greenwashing campaigns and boldly call them out. Spotting greenwashing takes persistence and a critical eye. Dig deeper into vague advertising claims, and be on the alert for industry-funded research. Ask yourself: does this showy sustainability plan distract from the core purpose of the company? Is an industry selling regulation or enforced cleanup as voluntary? You’ll start seeing greenwashing everywhere.

The good news? We know we’re doing something right when industry starts copying our tactics. Our fearless organizing for a food system that benefits everyone is only building momentum. It’s our job to keep corporations from using that power to boost their profit margins.

The European Commission said it “cannot negotiate forever” and plans fine social media companies that do not comply with stricter consumer laws. Facebook and Twitter have until the end of 2018 before sanctions kick in.

Hendrik S. has said that he sees no problem working for domestic security while being a member of two right-wing groups. But colleagues warn that this could open him up to blackmail, amongst other things. Roughly €200 billion worth of “suspicious” transactions were taken care of by the Danish bank’s branch in Estonia. The branch was reportedly known for laundering money for Russian President Vladimir Putin’s family.

Racist are a strange lot… 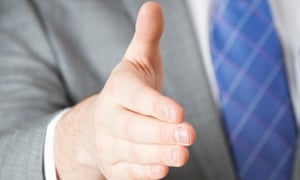 Opposition is growing in Denmark to plans by the ruling rightwing coalition to deny citizenship to any immigrant who declines to shake hands with their local mayor during a revamped naturalisation ceremony – a measure widely seen as targeting Muslims.

An opinion poll published on Thursday showed 52% of respondents opposed the proposal, part of tough new rules for obtaining Danish citizenship introduced by the minority conservative government in June. Several mayors have said they will ignore the requirement if the law is passed.

A top professor at Yale Law School who strongly endorsed supreme court nominee Brett Kavanaugh as a “mentor to women” privately told a group of law students last year that it was “not an accident” that Kavanaugh’s female law clerks all “looked like models” and would provide advice to students about their physical appearance if they wanted to work for him, the Guardian has learned. Amy Chua, a Yale professor who wrote a bestselling book on parenting called Battle Hymn of the Tiger Mother, was known for instructing female law students who were preparing for interviews with Kavanaugh on ways they could dress to exude a “model-like” femininity to help them win a post in Kavanaugh’s chambers, according to sources.