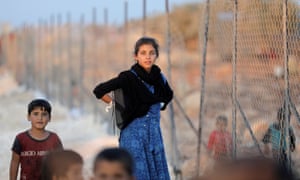 A former senior government official who oversaw refugee resettlement under Barack Obama warned that the Trump administration’s decision to slash the refugee admissions cap to a record low could have fatal consequences.

Bob Carey, the director of the Office of Refugee Resettlement (ORR) under the Obama administration from 2015 to 2017, told the Guardian the new limit of 30,000 refugees per year and the Trump administration’s justification for the cap was “a new low in our history”.