Those Jetson style uniforms would be costly…

News
Creating a Space Force as a separate military service, as proposed by President Donald Trump, would cost an estimated $12.9 billion in its first five years, according to a detailed Air Force plan for how to go about it. 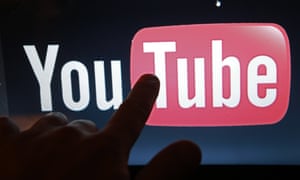 YouTube provides a breeding ground for far-right radicalisation, where people interested in conservative and libertarian ideas are quickly exposed to white nationalist ones, according to a report from Data & Society.

Although YouTube’s recommendation algorithms are partly to blame, the problem is fundamentally linked to the social network of political influencers on the platform and how, like other YouTube influencers, they invite one another on to their shows.

There was a time when I thought of myself as a “rock star” then in 1969 in a club called the “Oleo Strut” I got to see a musician named Jimi Hendrix and from the that day on I knew I would never be a “rock star”…..

I bring up Jimi because on this day , 18 September 1970 Jimi Hendrix passed leaving a huge hole in American music scene……

Forty years later, it’s hard to express the shock and disbelief we music fans felt that morning as the word spread from London. Hendrix was a rock star, and rock stars just don’t die at 27. Sure, there had been other rock ‘n’ roll star deaths, probably the most famous involving “the day the music died,” the plane crash in Iowa that killed Buddy Holly, the Big Bopper and Ritchie Valens. But Jimi Hendrix had moved beyond being a mere rock star. He was a rock god. And gods just didn’t die, so we thought.

Time for me to take my leave….I shall return tomorrow….chuq