It is early September 1930, and the Blackfeet Nation of Montana is playing host to a historic gathering — much of it conducted in silence. Gen. Hugh Scott, a veteran of the U.S. Cavalry who spent decades fighting in the 19th century American Indian Wars, sits as part of a half moon formation of participants …

lol – Fascists over Communists in Russia Russia’s Primorsky Region borders China and North Korea and serves as Moscow’s door to the Pacific. A Communist leader there claims his election victory was blatantly stolen to keep the Kremlin-backed governor in power.

Indigenous people are increasingly embracing their language while New Zealanders of European descent are looking to Maori language and culture to help make sense of their own identity.

Representative Trey Gowdy, the chairman of the House Oversight Committee, said Monday he will investigate the potential misuse of government vehicles by FEMA’s chief.

Kavanaugh’s accuser is credible. Will it matter?

Why the modern G.O.P. keeps abandoning principles it claims to honor.

The UK economy would rapidly start to contract in the event of a disruptive exit from the EU next spring, according to a stark International Monetary Fund report that highlights the recession risks of a no-deal Brexit.

Christine Lagarde, the IMF’s managing director, added that there would be costs to the UK under any outcome that involves leaving the EU.

Was he carrying bat he hit Madonna with while making his remarks? 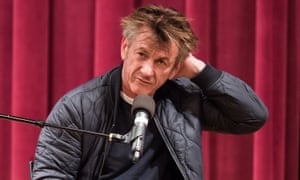 Sean Penn has spoken of his concerns with the #MeToo movement, worrying that it revolves around too many “salacious” revelations.

The 58-year-old actor, promoting his new TV drama The First, appeared on NBC’s Today programme with co-star Natasha McElhone when conversation shifted to the rise in women coming forward with their experiences of sexual harassment and abuse.

Original in French at:

In the second half of the 19th century, the conquest of ‘The West’ intensified. In 1846, the United States attacked the recently independent Mexico and acquired a huge portion of territory through the Guadalupe-Hidalgo Treaty