Japan wants to condemn itself and whales? Japan argues a nearly three-decade ban on commerical whale hunting was meant to be temporary. Conservationists say whales need to be protected, now more than ever.

Wesley? Wesley? Paid well to chip away at champions? After defusing an ugly debate over her French Open outfit, Williams was a model of sportsmanship and dignity until her outburst in Saturday’s final.

In a victory for energy companies, the administration plans to roll back rules covering methane leaks and the “flaring,” or burning, of the potent greenhouse gas.

With “Amanpour & Company,” a CNN veteran based in London brings a new sensibility to an hour that was once dark and clubby. 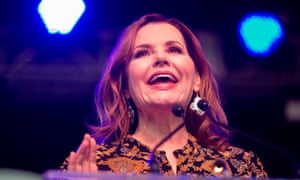 On the third day of the Toronto film festival (Tiff), business appears to be booming. The queues for the press and industry screenings speak to that. But a few feet from the main venues, a section of John Street has been converted into what looks more like a music festival than a trade convention. There’s artificial grass covering the tarmac, and a stage where singer Shakura S’Aida is leading the crowd in a chant of “use your voice, use your voice”.

The event is a rally in support of women in film, part of Tiff’s Share Her Journey initiative, which was set up in 2017. The object of Share Her Journey, Tiff executive director Michele Maheux explained in her introduction, was not just to “celebrate and lift up women everywhere” but to find “solutions to the gender parity problems that are rampant in the film industry.” Well, she shrugs. “What a difference a year makes.” 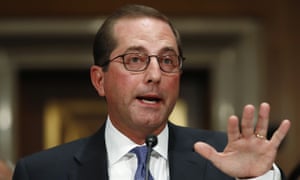 Donald Trump’s health secretary, who defended the administration’s child separation policy as “charity”, once argued in a private paper that repeat juvenile offenders cannot be rehabilitated and ought to be jailed until they reach middle age, according to a memo obtained by the Guardian.

A 1991 legal memo written by Alex Azar, a former drug industry executive who is now secretary of health and human services (HHS), rejected the notion that a juvenile who committed a crime was a “salvageable human” who could be treated rather than punished. 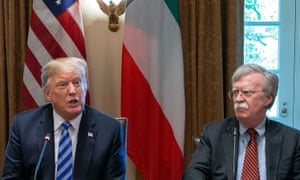 Under the guise of a battle for sovereignty, America aims to end international justice

The title of John Bolton’s speech in Washington – “Protecting American constitutionalism and sovereignty from international threats” – sounded innocuous enough, if a little pompous.

But its text represents the Trump administration’s most devastating and unrestrained attack to date on the global rules-based order and its legal flagship, the international criminal court. 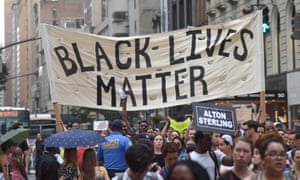 UK news organisations have cited tweets from Russian trolls more than 100 times, a Guardian investigation has found, in stories about topics including Donald Trump, Donald Glover and Lena Dunham.

In June the US Congress released details of 1,000 accounts that Twitter believes were run by the Internet Research Agency (IRA), a state-backed misinformation operation based in St Petersburg, adding to more than 2,000 accounts the company had already identified. 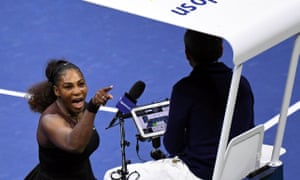 When I have a bad day at work, I think of Serena Williams. I tell myself that if she can do her job then I can do mine. To be clear, I am not a professional athlete – I struggle to walk up more than one flight of stairs without losing my breath. And, no, I’m not the mother of a small and adorable child, I just about keep my houseplants alive most weeks. The thing Williams and I have in common is that we are black women who work for a living. And being a black woman at work comes with a specific set of challenges.

Australia’s offshore processing immigration regime is “an affront to the protection of human rights”, the new UN new human rights chief has said in an excoriating maiden speech reflecting on the state of rights globally.

In her first address to the human rights council, Michelle Bachelet, the former president of Chile, said the council had a responsibility to speak out against human rights violations without fear or favour, “regardless of sex, gender identity, race or ethnicity, religion, disability or migration status”.