Needs some superglue to hold himself together – narcissists often do. 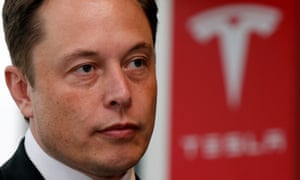 Tesla CEO, who previously called Vernon Unsworth a ‘pedo’, has faced widespread backlash over his comments

Elon Musk has escalated his baseless attacks against a British diver, claiming without evidence that the man who helped rescue children from a cave in Thailand was a “child rapist” in an email to a reporter.

The embattled Tesla CEO faced widespread backlash in July when he first called the diver Vernon Unsworth a “pedo” in a tweet – an unfounded claim against a man who was part of the international team that freed 12 young footballers and their coach from the Tham Luang cave complex. Musk, who had unsuccessfully attempted to assist the rescue mission, eventually apologized to Unsworth.

He would – always ready to sell out himself or his country. 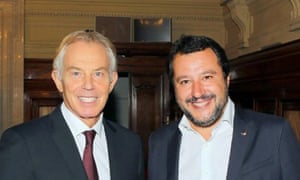 Tony Blair has held a meeting with the Italian far-right interior minister, Matteo Salvini, during which the pair are believed to have discussed controversial plans to extend a gas pipeline from Azerbaijan to southern Italy.

The Italian minister had previously said he was willing to hear the former British prime minister’s views on the Trans Adriatic Pipeline, an Azerbaijan-backed project on which Blair has worked as a consultant since 2014.

An audio recording shows how an energy broker convinced a nursing home resident with dementia to adopt an energy plan that eventually charged her thousands of dollars.

Trudeau made clear, however, he would insist on keeping the so-called Chapter 19 dispute-resolution mechanism that Washington wants to scrap. “We will not sign a deal that is bad for Canadians, and quiet frankly, not having a Chapter 19 to ensure the rules are followed would be bad for Canadians,” he said. He also said existing protections that ban U.S. media firms from buying Canadian cultural industries such as television stations and newspapers must be maintained.

Source: Canada PM indicates he will not bend on key NAFTA demands at talks | Reuters

The arrival of the inevitable untreatable cases is being sped up by rising rates of gonorrhea and other STDs.

In the past two years, Duterete’s security forces have purchased significant amounts of Tavor assault rifles, Galil and Gilboa rifles, Negev machine guns, and Masada pistols. The firearms purchases are set to assist Duterte in keeping his murderous promises. During his presidential campaign, he pledged to kill 100,000 people during his first six months in office, and in October 2016, he said people can expect 20,000 to 30,000 more casualties. “Yad Vashem,” Israel’s Holocaust memorial center, hosted Duterte on Monday, even though he is a mass murderer who has threatened to implement martial law, and who has compared himself to Hitler. The tour facilitators at “Yad Vashem” will explain the rise of the totalitarian government in Germany, the dehumanization of Jews, and the extermination process to him. Absurdly, the remembrance center rejected a request to cancel Duterte’s visit, claiming that they are merely obeying the orders of the Foreign Ministry. Yet there is no legal prohibition on defying the protocol . Is it possible that not a single employee at “Yad Vashem” has the conscience to refuse to cooperate with this shameful visit?

Source: Why are no Israeli officials refusing to meet with Duterte? | +972 Magazine Former Watergate reporter Bob Woodward’s new book on Trump reveals a dysfuntional White House. Aides criticize the president’s behavior and according to Defense Secretary Mattis, Trump is like a fifth or sixth grader.

Reserve Bank governor Philip Lowe warns a big lift in US inflation may have implications for global markets and the economy.

“You don’t just arrest everybody on the scene and sort it out later,” Ms. Saylor said. “They are privileged black men who have money and the resources to fight this, but despite that it deeply affected them.” They incurred $15,000 in legal fees to defend themselves. Dr. Pemberton, a green card holder who is a native of Trinidad and Tobago, said he has run into issues while traveling in and out of the country after the arrest and even after the charge was dismissed. “We thought it was over,” he said, but Immigration and Customs Enforcement continued to stop him in airports. Dr. Pemberton also said that since the arrest, the police have conducted random checks of his establishment, and have increased their presence there, costing him business. And Mr. Debnam, who had planned on applying to be a teacher, worries now that because of the arrest that his application would be rejected.