Beyond belief that aid from Muslims would be rejected. The United Arab Emirates offered $100 million to help the recovery, but the Indian government turned it down.

Faux-Hindu religious racism means that aid from Muslims not allowed! The decision to refuse aid has drawn ire with the funds pledged by New Delhi falling far short of the amount requested by the state. Some now say the Indian policy not to accept foreign disaster money needs to change. Saxony police has been forced to ask whether it is harboring far-right sympathizers, after a TV crew was prevented from filming at a rally. It’s not the first time German security forces have come under suspicion.

Ms. Duncan said she had no further comment beyond the interview. Although the judge refused to release the names of the jurors, she told Fox News that she came forward because “the public, America, needed to know” how close the Alexandria, Va. jury came to convicting Mr. Manafort on all charges. 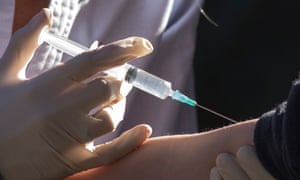 Study discovered several accounts, now known to belong to the same Russian trolls who interfered in the US election, tweeting about vaccines

Bots and Russian trolls spread misinformation about vaccines on Twitter to sow division and distribute malicious content before and during the American presidential election, according to a new study.

Scientists at George Washington University, in Washington DC, made the discovery while trying to improve social media communications for public health workers, researchers said. Instead, they found trolls and bots skewing online debate and upending consensus about vaccine safety.