Nightmare in the works but even if these plans are not allowed for open public download – how long – if it is not already available – before hundreds of guns geeks draw up plans and start e-mailing to “friends” and “fiends.” There are no more secrets about good or evil – just choosing to choose good and encouraging good. And outlawing evil acts and the promotion of evil, to the best of our ability… A U.S. judge on Tuesday blocked the planned release of blueprints for 3-D printed guns hours before they were set to hit the internet, siding with several states that sued to halt publication of designs to make weapons that security screening may not detect.

Smearing Jeremy Corbyn as an anti-Semite has become a popular hobby among members of the British establishment — perhaps because what he stands for is a direct threat to their ideological and economic interests.

Last week, Haaretz columnist Anshel Pfeffer accused UK Labour leader Jeremy Corbyn of being both anti-Semitic and stupid. He is wrong on both counts. Against enormous odds and powerful political enemies, Corbyn has made a case for socialism that has enthused millions of people, a case that may well bring him to Downing Street soon. He has done so by building a multi-colored coalition that welcomes Jews as well as members of Britain’s many other minority groups.

Despite the boldness of his bottom line, Pfeffer admits that he has “never quite been able to work out whether Corbyn is an anti-Semite himself.” That Pfeffer’s evidence should be so weak is telling; as an expert on British politics — and no friend of Corbynism — he would certainly seize on any proof of this claim if such existed.

Pfeffer is not alone. Smearing Corbyn as an anti-Semite has become a popular hobby among the British establishment, including portions of the Labour Party as well as the Conservatives. And yet nothing has stuck. The most serious evidence used to substantiate the claim is Corbyn’s previous support for an artist whose mural was erased for containing anti-Semitic themes back in 2012. This support was apparently based on a superficial glance at a photo on Facebook; the mural was indeed anti-Semitic, and Corbyn, then a backbench member of Parliament, should have known better. He has acknowledged this and apologized.

The most recent edition of the smear campaign has blown up around the Labour Party’s adoption of the definition of anti-Semitism proposed by the International Holocaust Remembrance Association. You read that right: the definition was adopted, not rejected. What Labour’s National Executive Council omitted from its Code of Conduct were some of the examples laid out in the IHRA document. As close Corbyn ally and British Jew Jon Lansman points out, three of the four types of anti-Semitic behavior covered by these examples – accusing Jews of being more loyal to Israel than their own countries, holding Israel to higher standards than other countries, and comparing it to the Nazi regime – are all covered by the code. The only example left out is one in which the State of Israel is called racist.

Given that Pfeffer lives in that very state, which just last week passed a law declaring it belongs exclusively to the Jewish people — to the obvious detriment of its non-Jewish citizens — this particular omission might have given him pause. Perhaps Pfeffer dreams of a different Israel, one in which such a law would be unthinkable? It is certainly possible to believe that such a dream is unlikely or even impossible without being an anti-Semite. And it is certainly relevant that numerous Jews have believed precisely this since the earliest days of the Zionist movement.

All this is not to say that Labour does not have “an anti-Semitism problem.” The entire Christian world has an anti-Semitism problem, which has laid dormant for decades and is now rearing its repugnant head. British society in general and Labour members in particular are not immune, though recent statistics show supporters of the left are actually slightly less prone than right-wingers to anti-Semitism, as well as other forms of racism.

But while leading figures of the British left are tackling anti-Semitism head on, right-wing British politicians, much like in Israel, are enabling the right-wing populism of Hungarian Prime Minister Viktor Orban — who Pfeffer quite correctly diagnoses as an anti-Semite, and a cunning, dangerous one at that. Unbelievably, the right-wing leadership of the UK Jewish Board of Deputies, who jumped early on the anti-Corbyn bandwagon, have remained curiously silent on the danger that Orban’s campaign against Jewish Hungarian billionaire George Soros represents to Jews in Hungary and across the continent.

And while it is surely too early to speak of the dawn of the brotherhood of nations of which Jews and non-Jews alike have dreamt of for ages. But surely, if anti-Semitism is the ersatz socialism of fools, it is neither anti-Semitic nor foolish to give the world a glimpse of what the real thing has to offer. Who knows, perhaps such a wave might even empower forces pushing for both socialism and peace in Israel itself.

Matan Kaminer is a graduate student in anthropology at the University of Michigan, a member of the executive board of Academia for Equality, and a political activist and educator on the Israeli left. Four members of the Russian activist group Pussy Riot who disrupted the World Cup final in Moscow say they have been detained again, just as they walked free from prison after serving a 15-day sentence.

Despite a troubled history, Cayuga Centers has quietly become the largest provider of foster care for unaccompanied minors in federal government custody.

It seems the only hope for the remaining millions of Palestinians to avoid losing what is left of their home is to find a Jewish mother who will agree to adopt them. I am fluent in Israel’s language and culture. I respect its laws. And the new Nationality Law rejects me. 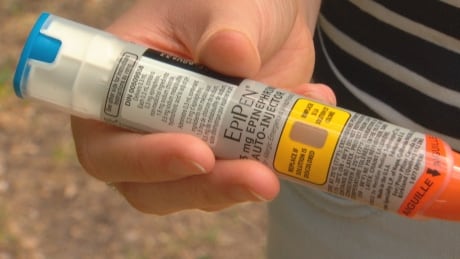 EpiPen injectors, relied on by people with life-threatening anaphylactic allergies, are in such short supply Canadian pharmacies are likely to run out of adult doses before new supplies arrive at the end of August. 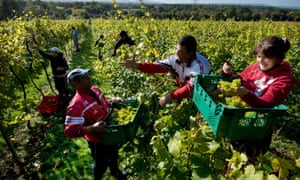 “This is the hardest year,” says Alexandru Barbacaru, director of Est-Vest Services, a Romanian employment agency for temporary workers for the UK.

Sitting in his office in central Bucharest, his desk cluttered with filled-in application forms and tax documents for past and present workers, Barbacaru explains the mounting difficulties for companies such as his, which for years have helped supply British farms with the fruit pickers and other labourers they need to bring in their harvests.

Ironically, the other owners remind me of the hipster who got a Japanese character tattooed on his neck thinking it said loyalty. but it actually said noodles. They think they’re showing strength, patriotism, and soothing ruffled fan feathers – but they’re actually saying noodles. To deny players the right to express their frustration in a peaceful manner is a disgrace to the Constitution, the opposite of patriotism. By compromising ethics to economy, you show moral weakness. 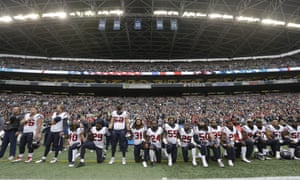 To deny professional athletes the right to express dissent in a peaceful manner is a disgrace to the Constitution, the opposite of patriotism and shameful moral weakness

Whew! What a tumultuous year for your league. Slipping attendance and ratings. Continuing concussion controversy. Lawsuits from cheerleaders who refuse to shut up and smile. Domestic violence accusations against players. The Papa John’s founder mouthing off about something or other. Players taking a national anthem knee (NAK, for short). President Trump’s “problematic” rambling. Commissioner Roger Goodell under siege from, well, everybody. Bet it makes you fellas long for the good old days when all you had to worry about was Janet Jackson’s nip slip. Where’s faithful Hodor when you need someone to hold the door against relentless attackers?

Chicago-based poke chain sent cease-and-desist letters to a native Hawaiian business in Anchorage, Alaska, and other shops around the country

Hawaii residents are calling out a Chicago-based poke chain after it tried to stop other US restaurants selling the trendy sushi bowls from using “Aloha” in their business names, accusing the company of cultural appropriation.

In May, lawyers for Aloha Poke Co, sent cease-and-desist letters to a native Hawaiian family business in Anchorage, Alaska, ordering it to stop using “Aloha” or “Aloha Poke” in its name, Aloha Poke Stop. Aloha Poke Co had done the same to other shops around the country, including at least one in Hawaii, where poke originated.