#TraitorTrump thinks he is king and not clown. U.S. President Donald Trump said on Friday that National Football League (NFL) players who do not stand for the national anthem should be suspended for the season without pay. 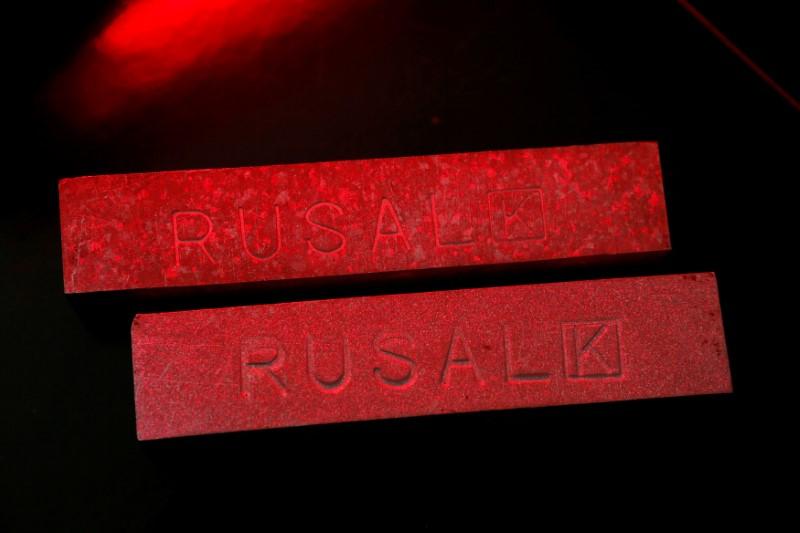 The U.S. Treasury is open to removing Russian aluminum producer Rusal from a U.S. sanctions list, Treasury Secretary Steven Mnuchin said on Friday, adding the objective was “not to put Rusal out of business.” 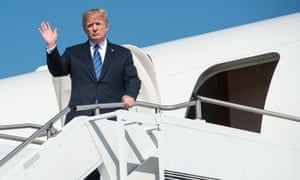 President Donald Trump is once again inserting himself into the culture war over protests by NFL athletes during the national anthem.

Trump tweeted on Friday that he “can’t believe” the debate has reignited after the Associated Press reported on the Miami Dolphins formally telling players they could be punished for protesting on the field. The NFL and NFL Players Association said in a joint statement Thursday night they were halting enforcement of all anthem rules while they work out a solution.

Trump-regret syndrome is spreading among Republicans after Helsinki: How far will it go?:

“He’s stood by Trump when he criticized Gold Star families, waffled on condemning the neo-Nazis who rioted in Charlottesville and, until this week, has never so much as considered the possibility Trump had colluded with Russia. ‘I’ve had it,’ he said. ‘There is some shit I will not eat. I’m done apologizing for Donald J. Trump. Done.’

“… Almost to a person, former Trump campaign staffers tell me they regret tying themselves to Donald Trump for a myriad of reasons. Some have found it nearly impossible to find another job in politics as the brand itself has spoiled. They even find it difficult to get work in the private sector as the stink of Trump travels with them.” Ohio Governor John Kasich (pictured, left) has commuted the death sentence imposed on Raymond Tibbetts (pictured, right) to life without parole, in response to a juror’s concerns about the unfairness of the sentencing proceedings in the case. It was the seventh time Kasich had commuted a prisoner’s death sentence. The July 20, 2018, news release announcing the commutation explained that Kasich had granted clemency because “fundamental flaws in [the] sentencing phase of [Tibbetts’s] trial … [had] prevented the jury from making an informed decision about whether Tibbetts deserved the death penalty.” Kasich had previously issued Tibbetts a reprieve, delaying his scheduled February 13 execution until October 17, after receiving a detailed letter from juror Ross Geiger asking him “to show mercy” to Tibbetts. Geiger’s January 30 letter alerted the governor to serious flaws in the trial that misled jurors to sentence Tibbetts to death, including defense counsel’s failure to present critical mitigating evidence about Tibbetts’s horrific upbringing and the prosecution’s misrepresentation of important details of Tibbetts’s family history. “If I had known all the facts,” Geiger wrote, “if the prosecutors had been honest and forthcoming about the horrors [Tibbetts] and his siblings experienced in the foster care system, and if we had an accurate understanding of the effects of Mr. Tibbetts’ severe drug and alcohol addiction and his improper opioid prescription, I would have voted for life without parole over death.” As part of his order granting the reprieve, Gov. Kasich directed the Ohio Parole Board to reconvene to hear Geiger’s concerns and to reconsider Tibbetts’s request for clemency. However, even after hearing from Geiger, the parole board voted 8-1 to recommend against clemency. In a statement by Tibbetts’s lawyers praising the commutation, Erin Barnhart said, “Governor Kasich acted in the interests of fairness and justice by recognizing that Mr. Tibbetts’ death sentence was fundamentally unreliable. The jury was deprived of crucial information about the abusive and traumatic upbringing and the long-term impact it had on Mr. Tibbetts and his siblings. These circumstances provided compelling reasons for the exercise of clemency to correct the failures in the legal process in this case.” Kasich also granted a reprieve to Ohio death-row prisoner Cleveland Jackson, pushing back his execution by nine months to “allow his newly appointed legal counsel sufficient time to review the case and properly prepare for his clemency hearing before the Parole Board.” Jackson’s September 13 execution is now rescheduled for May 29, 2019.

Tibbetts’s commutation is the third in the United States in 2018 and the second in Ohio. On February 22, Texas Governor Gregg Abbott commuted Thomas Whitaker’s sentence to life in prison, and on March 26, Gov. Kasich granted a commutation to William Montgomery.

Earlier this week, a new appointment for chief scientist at the U.S. Department of Agriculture (USDA) was announced, and it’s a 30-year veteran of Dow Agrosciences. Really?

Administration officials are touting the fact that Scott Hutchins is actually a scientist — unlike their last pick. The nomination of Sam Clovis, an openly racist radio talk-show host and Trump campaign team alum, was withdrawn last November, after it generated outrage across the political spectrum.

So yes, Hutchins is a scientist. Does that qualify him to guide USDA’s $2.9 billion research budget? Um, no.

You got cash – we got data… err unless we get caught and called out! 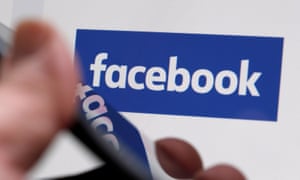 Facebook has suspended a social media analytics firm from accessing user data while it investigates potential violations of its policy barring surveillance.

The firm, Crimson Hexagon, boasts an impressive list of blue chip clients and claims to have collected more than 1tn public social media posts from Facebook, Instagram, Twitter, Tumblr, and other sources. It uses artificial intelligence and image analysis to monitor social media and provide customers with insights into public sentiment about their brands.

Five months after two of his children escaped the Marjory Stoneman Douglas High School shooting, Ayub Ali was a victim of gun violence.

Miami can choose not to issue any suspension nor fine any player guilty of “conduct detrimental to the club.” Other violations under that label include drug use or possession, gambling, breaking curfew and riding motorcycles as a driver or passenger from the start of camp until the last game of the season.

Jets acting owner Christopher Johnson said shortly after the league announced its policy that he will not punish his players for any peaceful protests – and would pay any potential fines incurred by the team as a result of his players’ actions.

There is no practical reason for the change, and, in fact, the “Jewish Nation-State Law,” which abolished Arabic as an official language, basically guarantees that Arabic will retain all the benefits of being an official language despite being stripped of the title.

So why upend the status quo of the past 70-plus years? Sometimes what a law says is more important than what it does.

You can look at the Jewish Nation-State law from two perspectives. There is the message it was intended to send to Jews: a positive affirmation of Israel as the Jewish nation-state; as the Jewish homeland; as the state of the Jews; a reassuring and nationalist message that says ‘this country is yours and yours alone.’

The other message, the inverse, meant for Palestinians, is: this is not your land; this country does not belong to you, irrespective of whether you are an Israeli citizen living in the home of your great-grandparents or a refugee yearning to return to the land of your grandparents; your culture, language, and history are at best tolerated — this is not their home, this is not your homeland.

The law, therefore, constitutionalizes a twisted and exclusionary social contract. Whereas most democratic states draw their legitimacy to govern from the consent of their citizens, Israel has excluded one out of every five Israeli citizens from that contract. For the one in five Israeli citizens who are Arab-Palestinian, consent has effectively been removed from their governance.

Of course, governing without consent has been the rule, not the exception, for most Palestinians living under the Israeli regime for the past 70 years. From 1948 until 1966 Israel put its Arab citizens under a military regime that tightly controlled everything from movement to education to politics to newspapers.

In the 51 years since then, millions of Palestinian non-citizens in the occupied territories have been forced to live under an undemocratic military dictatorship. Likewise, the hundreds of thousands of Palestinians living in “unified Jerusalem” have no voting rights. Consent has never been a part of the equation for Palestinians living under Israeli rule. Nobody has even bothered to give the idea lip service.

For all of those reasons nobody should be able to feign surprise at the Jewish Nation-State law. The principles it elevates to constitutional status have been around as long as the country it defines. That it sits squarely on a predictable trajectory, however, does not minimize its danger.