Can you says Boycott MGM!?! The owner of the Mandalay Bay is arguing that a post-Sept. 11 law should protect it from lawsuits because the shooting qualifies as an “act of terrorism.” 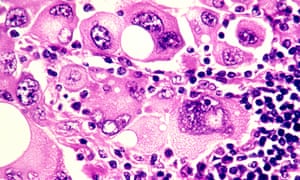 Australian scientists have developed the world’s first blood test to detect melanoma in its early stages.

Early trials of the test involving 209 people showed it was capable of picking up early stage melanoma in 81.5% of cases.

No irony here… look the other way? 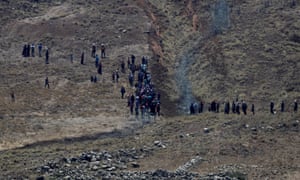 Dozens of Syrian civilians approached the border fence with Israel on Tuesday, apparently seeking safe passage to the Golan Heights, but were sent back by an Israeli border guard.

Reuters first reported the pleas of civilians stranded near the border, which was later confirmed by Syrian humanitarian workers in the area of Quneitra. 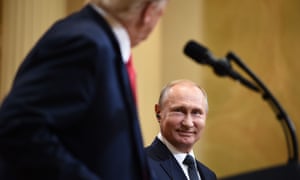 ‘America First’ is now ‘Russia First’; the GOP favors a dictator over a heroic US marine. We are through the looking glass

For more than a generation, conventional wisdom has portrayed Republicans as the sole defenders of the American flag, the great stewards of patriotism, the gun-toting, tough-talking party of law and order. This myth has been pushed relentlessly on talk radio, on Fox News, and through every facet of rightwing media. It has long been presented as fact by the traditional media, putting Democrats on the defensive as they have struggled to shake ingrained perceptions that they are meek and unpatriotic.

Related: Trump beholden to Putin? Summit does nothing to dispel impression

The ‘birther’ movement led by Trump insisted Barack Obama was born in Kenya. It wasn’t true. Neither is it true that Trump’s own dad was born abroad

Source: Trump keeps saying his father was born in Germany – he wasn’t 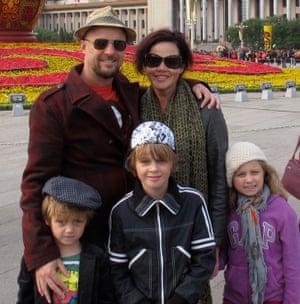 The Perth parents of three children who died when Malaysian Airlines flight MH17 was shot down over Ukraine have condemned the US president Donald Trump for his refusal to hold the Russian president Vladimir Putin to account over the tragedy.

In a scathing post on his Facebook page on Tuesday, Anthony Maslin challenged Trump on the “irrefutable facts” surrounding the shooting down of the Malaysia Airlines plane by a Russian missile in 2014. His partner Rin Norris described both leaders as “bullies”. Britain’s Electoral Commission has fined the Vote Leave campaign for “serious breaches of the law.” The Brexit group has accused the Commission of being “motivated by a political agenda.” Amid the furor of Donald Trump and Vladimir Putin’s meeting in Helsinki, questions remain over the Russian arrested Monday in Washington. Who is she? None other than the assistant to a Russian central bank executive.