The interest of Angela Merkel in China’s human rights record, and her personal touch, helped secure the release of Liu Xia, the widow of Liu Xiaobo. 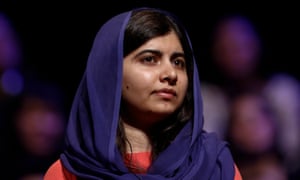 Nobel peace prize laureate Malala Yousafzai has criticised as “cruel” Donald Trump’s policy of separating children from their parents at the US-Mexico border.

“This is cruel, this is unfair and this is inhumane. I don’t know how anyone could do that,” Yousafzai said on Wednesday during her first visit to South America where she was promoting girls’ education. “I hope that the children can be together with their parents.” The Irish Senate has passed a bill prohibiting imports of goods made in Israeli West Bank settlements defying international law. Unlikely to become law, it is a symbolic slap in the face.

Gonna get lonely out there with the fake accounts gone. Twitter will begin removing tens of millions of suspicious accounts from follower numbers, signaling a major new effort to fight fraud and restore trust on the platform.

Sinking to new lows for humanity. 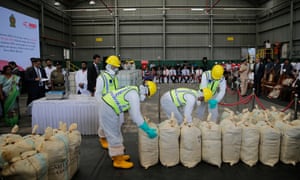 Sri Lanka will begin hanging drug dealers, ending a near-half-century moratorium on executions, as officials promised explicitly to “replicate the success” of the Philippines’ grisly war on drugs.

Sri Lanka’s decision to cite the Philippines as its model is certain to draw criticism. Under president Rodrigo Duterte 4,200 drug suspects have been killed in the Philippines, although rights groups say the true number could be at least triple that figure. 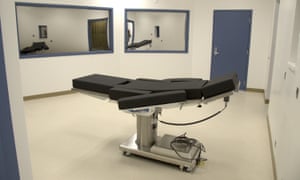 A Nevada judge effectively put the execution of a two-time killer on hold on Wednesday after a pharmaceutical company objected to the use of one of its drugs to put someone to death.

Judge Elizabeth Gonzalez of Clark county district disallowed the use of the drug in a ruling that came down less than nine hours before Scott Raymond Dozier, 47, was to be executed with a three-chemical injection never before tried in the US.

The Department of Justice (DoJ) told a federal judge Tuesday that it may have mistakenly separated a father and toddler who could both be US citizens for as long as a year, in the process of enforcing the Trump administration’s “zero-tolerance” immigration policy. Mario Mandzukic scored the winner in the second half of extra time to lift Croatia to their first World Cup final in the country’s history. They will face France in the final on Sunday. The move comes after perceived attempts by the Russians to undermine a deal Greece brokered with neighboring FYR Macedonia. Russia has vowed to respond in kind.

Entrepreneur Elon Musk calls into question the role of the man who turned down his offer of a hastily developed kid-size submarine to assist the rescue of 12 boys and their soccer coach from a Thai cave.