The Illinois officer, now under investigation, appears to ignore a woman’s pleas for help as a man harasses her over her Puerto Rican flag shirt.

To see if small mammalian predators influence tick infection rates, researchers placed camera traps at dozens of sites throughout Dutchess County in the summers of 2012 and 2013. Trap visitors included coyote, fox, bobcat, fisher, raccoon, and opossum. Then the investigators surveyed and tested ticks at the camera trap sites.

Locations with high predator diversity had lower infection prevalence of nymphal ticks than sites dominated by coyotes. Numbers of nymphal ticks were lowest where forest cover was higher, and bobcats, foxes, and opossums were associated with a reduction in tick infection. 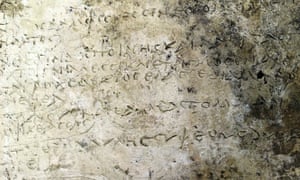 Archaeologists have unearthed an ancient tablet engraved with 13 verses of the Odyssey in the ancient city of Olympia, southern Greece, in what could be the earliest record of the epic poem, the Greek culture ministry said.

Related: The Odyssey by Homer – the first step 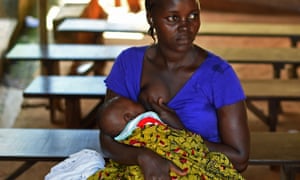 There is a wonder food available across the globe that can prevent and fight infection. Requiring no packaging, created on demand and relatively cheap (depending on your work commitments), it is a sustainability dream come true. Let me introduce you to breast milk. Decades of scientific research have again and again cited it as the healthiest option for babies. Meanwhile, countries where some people don’t have access to clean water have been encouraged to halt disingenuous advertising from corporate giants of formula milk. Until Donald Trump, that is.

As scores of governments sought to approve a World Health Organization resolution calling on countries to “protect, promote and support breastfeeding” while limiting the promotion of milk substitutes, Trump’s administration tried (unsuccessfully) to stop them. Breastfeeding remains political. Not least because companies such as Abbott Laboratories, one of the funders of Trump’s inauguration and a feature in the $70bn (£53bn) baby food market, would lose out.