One time or the future? 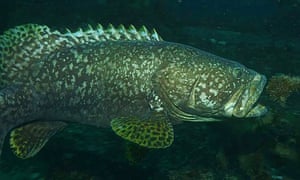 Rare tropical fish from Australia have been spotted in New Zealand waters after a record-breaking hot summer and warm ocean temperatures lured the creatures across the Tasman sea.

The Queensland groper, also known as the giant grouper, is the aquatic emblem of the state and was spotted swimming around the wreck of the HMNZ Canterbury in the Bay of Islands on Sunday, more than 3,000 kilometres away from its usual cruising spots on the coral reefs and estuaries off the Queensland coast.

Populist politicians set the tone on European social media, while hate speech on Facebook and Twitter is less prevalent than you may think. We analyzed 40,000 comments, and that’s what we found.

The recipe for Kola-coca is languishing in a safe inside the office of 79-year-old Juan Juan Micó, who owns Destilerías Ayelo, in the village of of Aielo de Malferit, in Spain’s Valencia province. After ensuring no photos will be taken, the elderly gentleman unlocks the box and extracts the notebook in which the secret formula is inscribed.