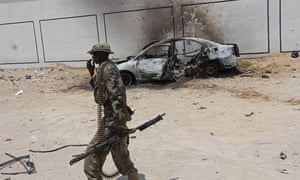 US special forces have been accused of complicity in the deaths of civilians after five unarmed men were killed during a raid by Somali troops last week that they “aided and assisted”.

The casualties were described as banana farmers by local inhabitants, and appear to have been shot while trying to flee the site of the operation, which officials say targeted commanders of the al-Shabaab extremist group.