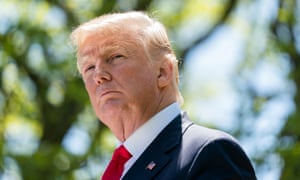 A prominent Iranian-American supporter of the Iran nuclear deal says he was warned by US intelligence during the presidential transition that his communications would be targeted by the Trump camp in a bid to discredit him.

I will be announcing my decision on the Iran Deal tomorrow from the White House at 2:00pm.