After years of strong scientific evidence and even stronger advocacy, this week European officials decided to make a temporary ban on three bee-harming pesticides permanent. This is very, very good news for bees in Europe.

The decision reflects years of hard work by our PAN partners and many others. It also spotlights just how far behind we are in the U.S. — not only with our pollinator protection efforts, but in how we regulate pesticides overall.

U.S. pollinators not so lucky

A few years ago, national momentum to protect honeybees and other pollinators from pesticides seemed to be building here in the U.S. A high-profile White House Pollinator Health Task Force officially recognized the importance and urgency of problem, and promised a comprehensive action plan.

Not surprisingly, the effort attracted the attention of pesticide industry lobbyists, and the Task Force ended up punting any meaningful action to the states.

The science on the harms neonicotinoid pesticides (aka “neonics”) cause to honey bees and other pollinators continued to mount, as did evidence that neonics provided little actual benefit to farmers. Yet states have by and large failed to step up to the plate. Pressure from pesticide manufacturers appears to have played a role here as well. Seeing a pattern here anyone?

Minnesota provides a telling example. In the face of mounting scientific evidence and strong public concern about bee-harming pesticides, the state Department of Agriculture conducted a Neonic Review — and in 2016 released a strong set of recommended actions to protect pollinators in the state.

Governor Dayton then signed an executive order setting the changes in motion, and establishing a “Committee on Pollinator Protection” to track implementation and recommend what else could be done. PAN and our partners in the state celebrated these groundbreaking commitments, and held up Minnesota as an example for others to follow.

Then came the pushback.

In last year’s legislative session, lawmakers did all they could to undermine pollinator protection measures and state pesticide rules. While PAN and our partners were able to hold the line against the most egregious rollbacks, legislators were clearly keen to weaken pollinator protections in the state — just as industry lobbyings were pressing them to do.

What do they have that we don’t?

So how is it that the entire European Union can agree to take the top three bee-harming pesticides off the market, but it’s so difficult to get even minimal protections in place here in the U.S.? While there’s certainly no simple answer to this question, I’d point to a few key facts.

First, European regulators seem to actually be aware that the pesticide industry has a vested interest in keeping their products on the market. Somehow officials here in the U.S. seem to have missed this — or don’t think it matters — and give the interests of industry “stakeholders” the same (or more) weight than those advocating for the public good.

Second, scientific evidence has more influence on policy making in the EU. While it still takes advocacy to make this happen (as our PAN UK and PAN EU partners know well), the value placed on independent science stands in stark contrast to the increasingly post-truth, politicized rulemaking process here across the pond.

And finally, Europe takes less of an “innocent until proven guilty” approach to pesticides. When evidence shows a product may be causing harm, it’s quickly taken off the market until manufacturers can prove otherwise, in the interest of public and/or environmental health.

Hence the moratorium on neonic use that was put in place three years ago, and made permanent this week.

In the U.S., a pesticide can be flagged as a “chemical of concern” and stay on the market for years — even decades — while manufactures pay their scientists to (slowly) make the case that their products are safe. Every additional season on the market means one more year of profit; incentives are strong to drag out the process as far as possible.

Whether here or in Europe, one of our top objectives at PAN is dismantling the pesticide treadmill, or as our colleagues in the UK call it, the

pesticide merry-go-round, whereby chemicals banned because of their environmental and health impacts are simply replaced by similarly toxic alternatives

We strongly support the efforts of our colleagues in the UK and Europe to ensure the neonics that were recently banned are not replaced by “similarly toxic alternatives.” Let’s support practices that benefit farmers, rural communities and the environment instead. 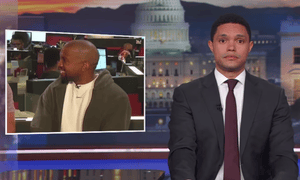 Fun fact: Though being gay in the 40s sucked, being gay in the military was easier, and pretty common. There were apparently, at one point in time time so many lesbians in the military that when they tried to crack down on it, the girls wrote back and said “Look I can give you the names, but you’ll lose some of your best officers, and half your nurses and secretaries.” And they pretty much shut up about it unless you were especially bad at subtlety. (Source: Odd Girls and Twilight Lovers. A good source for gay history from 1900s onwards.)

Sergeant Phelps worked for General Eisenhower. Four decades after Eisenhower had defeated the Axis powers, Phelps recalled an extraordinary event. One day the general told her, “I’m giving you an order to ferret those lesbians out.’ We’re going to get rid of them.”

“I looked at him and then I looked at his secretary. who was standing next to me, and I said, ‘Well, sir, if the general pleases, sir, I’ll be happy to do this investigation for you. But you have to know that the first name on the list will be mine.’

“And he kind of was taken aback a bit. And then this woman standing next to me said, ‘Sir, if the general pleases, you must be aware that Sergeant Phelps’s name may be second, but mine will be first.’

– The Gay Metropolis: The Landmark History of Gay Life in America

I’ve reblogged this before but it didn’t have these comments and HOLY HOT DAMN DID IT NEED THEM.

So, when someone sits down to write a fiction about Women commandos, and a Dudebro steps in to say “Huh, that is so unrealistic huh.”

Harold… oh, Harold…sit down, shut up, and stay out of our way.

The company was formed in August 2017 and has been largely dormant until March 2018, when a flurry of activity that moved key personnel over from Cambridge Analytica began.

It isn’t clear what Emerdata does, though the company is listed under “data processing, hosting, and related activities.” It shares an address in Canary Wharf with Cambridge Analytica’s parent, SCL Group.

Frontier is a private security firm which mostly operates in Africa and is currently chaired by US businessman and prominent Trump supporter Erik Prince. Prince is best known for founding private military group Blackwater US and is the brother of US education secretary Betsy DeVos.

In a television interview that appeared to contradict President Donald Trump’s prior statements, Trump’s new lawyer, Rudy Giuliani, said Wednesday night that Trump had repaid Michael Cohen for the $130,000 he facilitated to Stormy Daniels in 2016.

“It’s not campaign money. No campaign finance violation,” Giuliani told Fox News’ Sean Hannity. “[They] funneled through a law firm, and then the president repaid it.”

Later, Hannity returned to the topic, asking Giuliani to “clarify” what he was talking about.

“I was talking about the $130,000 payment, the settlement payment” Giuliani said bluntly, explaining, “That was money that was paid by his lawyer — the way I would do, out of his law firm funds, or whatever funds, it doesn’t matter — and the president reimbursed that over the period of several months.”

Cohen, Trump’s longtime personal lawyer, had facilitated the payment in connection with a 2016 settlement agreement signed by Stormy Daniels, the adult film star whose legal name is Stephanie Clifford.

Michael Avenatti, Daniels’ lawyer in two pending lawsuits against Trump, responded on Twitter, saying, “Mr. Trump stood on AF1 and blatantly lied. … This should never be acceptable in our America.”