No place to run or hide anymore 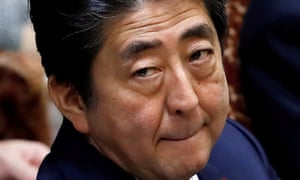 Japan’s prime minister, Shinzo Abe, is likely to resign in June after two cronyism scandals sent his approval ratings to an all-time low and risk damaging his party’s fortunes in elections next year, according to one of Japan’s most popular postwar leaders.

Junichiro Koizumi, a flamboyant reformer who was prime minister from 2001-06, told a weekly magazine published on Monday that Abe has found himself in a “dangerous” situation over the scandals, adding: “Won’t he resign around the time the current parliamentary session ends [on 20 June]?”