Anyone remember what #45 said he would do about the deficit? This is not it! 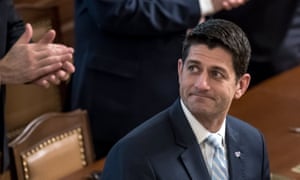 The combined effects of Donald Trump’s tax cuts and last month’s budget-busting spending bill is sending the US budget deficit toward the $1tn mark next year, according to a new analysis by the Congressional Budget Office.

The CBO report said the twin tax and spending bills will push the budget deficit to $804bn this year and just under $1tn for the upcoming budget year. Economic growth from the tax cuts will add 0.7% on average to the nation’s economic output over the coming decade, the analysis said, only partially offsetting the deficit cost of the tax cuts.