My ancestor was a founder of Smith & Wesson. I believe he would have been horrified by the kinds of guns the company makes today.

Rat in corner spins all sorts of stuff to make himself look good – he’s not! US President Donald Trump has instructed trade officials to consider another $100 billion in tariffs on Chinese goods. It marks the latest escalation in the US and China’s tit-for-tat trade row that has rattled markets.

Will racism and greed win?

A new statement from FC Cincinnati casts doubt on the team putting a Major League Soccer stadium in Oakley or Newport and said talks about the West End site continue.

“Experience shows that successful MLS teams have stadiums in the urban core. While we believe in Oakley, it is not as close to the urban core as desired,” said Jeff Berding, FC Cincinnati’s president. “[W]e do not believe Oakley is the best fit for a move into MLS at this time.”

The team had set a March 31 deadline to pick…

Mexican politicians have come together in condemning Donald Trump’s decision to deploy the National Guard at the border. The US president said he intends to send up to 4,000 troops to enhance security. 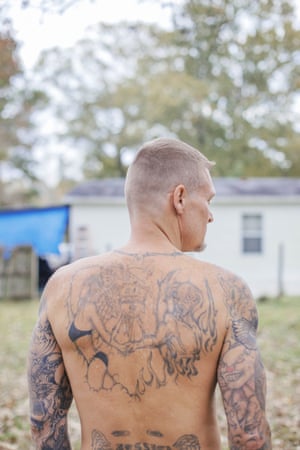 White gangs are less covered by the media, and less punished – even though 53% of gang members in Mississippi are white

When he was 13, three white teenage boys beat Benny Ivey. They aimed for his chest as his back pressed against the wall of his friend’s house in Florence, Mississippi. The skinny blond adolescent had to show he was tough enough to become a Black Gangster Disciple.

International pressure led Rwanda to back out of a secret agreement to take in African asylum seekers deported from Israel. Now Israel says it has a nearly identical agreement with a second country, widely known to be Uganda. Kampala denies any such agreement exists.

Israeli insisted on Wednesday that despite the collapse of a deal with Rwanda to forcibly deport tens of thousands of asylum seekers, the mass deportations can continue because an agreement is still in place with a “second third country,” widely believed to be Uganda.

Prime Minister Benjamin Netanyahu announced the cancelation of the Rwanda deportation scheme Monday night, saying that Kigali had buckled in the face of international pressure. Hours later, however, Netanyahu himself buckled under pressure from his political base and reversed his reversal of policy.

In a brief to the High Court of Justice Wednesday afternoon, the Israeli State Attorney wrote that Israeli in fact had secret agreements with two countries to take in asylum seekers forcibly deported by Israel. A “special envoy to third countries” departed Israel for the “second third-country” Wednesday morning to ensure it, too, won’t back out of its allegedly secret agreement with Israel.

Third country refers to a country other than an asylum seeker’s country of origin to which Israel aims to deport them. Israel has refused to divulge which countries those “third countries” are, although Netanyahu acknowledged for the first time this week that the “first third country” was in fact Rwanda.

In its filing to the High Court on Wednesday, the state attorney clarified that just because Netanyahu broke his own state secrets declaration by revealing who the “first third country” is (Rwanda), that doesn’t mean that the “second third country” (presumably Uganda) can now be named. That’s still a state secret — for now.

The foreign minister of Uganda, Henry Okello Oryem, told the AP on Tuesday that his country will turn back any deported asylum seekers sent there. “We do not have a contract, any understanding, formal or informal, with Israel for them to dump their refugees here.”

The special envoy was expected to report back by Wednesday evening or Thursday morning.

The state provided the updated information in response to a High Court petition demanding the release of several hundred asylum seekers who are being imprisoned for refusing to be deported. Israel does not plan on releasing them, the state said, unless the attorney general is convinced they cannot be deported.

+972 Magazine visited Uganda earlier this year to investigate what happens to the Eritrean and Sudanese asylum seekers Israel sends there. What became clear is that Uganda does not provide residency or any legal status to asylum seekers who arrive from Israel, and that they either live in squalid poverty, unable to work or earn a living, or embark on dangerous journeys to find refuge elsewhere.

The Israeli High Court of Justice issued an injunction against the forced deportation of asylum seekers on March 15, although it allowed the state to keep in prison those asylum seekers who had already been jailed for refusing deportation. At a hearing earlier in March the justices appeared at least a little perturbed by Rwanda’s denial that an agreement with Israel exists, and particularly what that means for deportees’ access to legal remedy if they are denied the protections it is supposed to provide them.

Now that Uganda is making similar denials at the highest levels of government, it is possible the justices will have the same questions about the prospect of deporting asylum seekers there — assuming Uganda is indeed the “second third country.”

Anti-deportation activists who had organized world-wide protests outside Rwandan embassies hoping to shame Kigali into backing out of its agreement with Israel were already regrouping Wednesday afternoon to use the same tactics against Kampala.

The Iranian island of Qeshm, in the Persian Gulf, is home to one of the country’s most traditional societies. Young women are often married off at puberty, rarely venture out of their villages alone, and sometimes mask their faces. But things are beginning to change. More and more young women are being encouraged to study and now dream of leading a different life from that of their mothers. Our correspondents report.

Racism at its worst – “Brown hoard” replaces “Yellow Hoards” and “Irish Hoards” of old! Evil as evil can be. The coverage tends to play on the fears that hiding among mass groups of immigrants are criminals, vectors of disease and terrorists.

ROTFLMAO In his first public remarks, President Trump told reporters on Air Force One that he knew nothing about $130,000 paid to the pornographic film star known as Stormy Daniels.