The panel, the Census Scientific Advisory Committee, said the addition of the citizenship question would depress the response to the census. 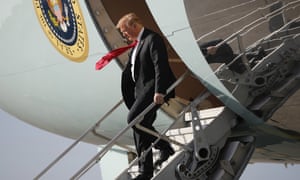 Measure would apply to most immigrant and non-immigrant visa applicants, affecting more than 14 million people each year

In a broad expansion of the information gathered from applicants for US visas, the federal government is proposing to collect social media identities from nearly everyone who seeks entry into the United States, according to a state department filing on Friday.

The proposal, if approved by the office of management and budget (OMB), would require most immigrant and non-immigrant visa applicants to list all social media identities they have used in the past five years.

Killing because they can – grim-grime

Israeli occupation forces killed 12 Palestinians and wounded 1500 during their participation in the march of return on the borders of the Gaza Strip with Israel.

Palestinians across the occupied West Bank, the Gaza Strip and Israel are expected on Friday to mark the 42nd anniversary of the Land Day, in which six Palestinians were killed by Israeli forces while demonstrating against the seizure of their land in 1976.

The Palestinian “March of Return,” a series of mass protests along the border between Gaza and Israel, is taking place on today Friday with thousands of demonstrators rallying in six different locations amid tension in the Gaza Strip.

In light of the situation, the IOF declared a closed military zone along the border fence.

Hamas leader Ismail Haniyeh spoke to marchers in the eastern Gaza Strip. “The Palestinian people have proved time after time that they can take the initiative and do great things.

He added that This march is the beginning of the return to all of Palestine.”

Haniyeh said they will not compromise and there is no solution to the Israeli-Palestinian conflict without a return to “the entire land of Palestine.”

According to the IOF, at least 20 Palestinians have been wounded in separate incidents since Friday morning.

he Palestinian Health Ministry confirmed three Palestinians were wounded by gunfire in three different areas east of Jabalya and Rafah in the Gaza Strip and have been taken to a hospital. They are reportedly in moderate condition.

A Palestinian farmer was killed early Friday morning near the town of Khan Yunis, in the southern Gaza Strip. Another was wounded by an Israeli tank shell, and is in critical condition.

In a separate incident, the Israeli army fired at two suspects in the northern Gaza Strip, according to the IOF. The forces were dealing with the security infrastructure of the border fence.

“The leadership of Hamas is playing with your lives. Anyone who comes close to the border fence today puts himself at risk. I suggest to you to continue your lives and not participate in a provocation,” Lieberman warned.

Over the last few days the IOF has warned that it would open fire on anyone who tries to breach the border fence and enter Israel.

The IOF has brought a brigade, snipers and soldiers from various courses, to help local troops deal with Friday’s demonstration. The snipers have been instructed to shoot demonstrators who breach the fence.

In a ceremony marking a change of Military Intelligence commanders on Wednesday, Chief of Staff Gadi Eizenkot said that the situation in Gaza is “highly explosive” and “threatens to damage the sensitive life fabric and safety of the region’s residents.”

On March 30, 1976, thousands of Palestinians in the northern Galilee region demonstrated against the seizure by Israel of large tracts of Arab land, prompting Israeli troops to use lethal force, killing six Palestinians.

The demonstrations first kicked off in the town of Deir Hanna, and was met by heavy brutality by Israeli police.

This was followed by further protests in the town of Arrabeh, in the Galilee region, during which one Palestinian was killed and dozens more injured by Israeli forces.

The extrajudicial killing triggered widespread demonstrations and violent clashes with Israeli forces in a number of other Arab towns and villages, in which the forces shot and killed six Palestinians.

The Land Day is of special significance to the Palestinians because it was the first time since 1948 that Palestinians in Israel organized a collective response to Israeli policies. It is marked not only by Palestinians within historical Palestine, but also by Palestinians all over the world.

“The attacks on immigrants by this administration have reached a new low, even for this morally bankrupt president. Already rogue ICE agents can now make whatever call they want regarding the detention of pregnant women—which will undoubtedly lead to an increase in the number of incarcerated pregnant women.

This latest directive affirms that this administration has no respect for the dignity and worth of women—or people of color. This is why we fought tirelessly against an increase in DHS funding and this is why we will fight to win in November and remove legislators who support this evil administration.”

As the Senate majority leader holds up reform of the congressional disciplinary process, 22 senators say, enough.