Way to go “boys!” You just created more victims and deaths at hands of police because “anything goes” rule will enable police who care little for caution and the people they claim to serve to feel even freer to shoot first! 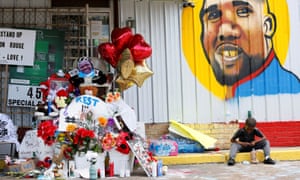 The two police officers involved in the fatal shooting of Alton Sterling in July 2016 in Baton Rouge will not be charged with any crime, the Louisiana attorney general announced on Tuesday. Prior to the decision, police were already preparing for city-wide protests in response.