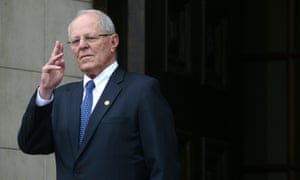 Peru’s president Pedro Pablo Kuczynski has offered his resignation after secret video recordings entangled him in a new corruption scandal on the eve of an impeachment vote, plunging one of Latin America’s steadiest economies into a political crisis.

It was unclear if the opposition-controlled Congress would accept his resignation or proceed with a vote on Thursday to force him from office.