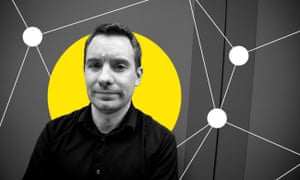 Hundreds of millions of Facebook users are likely to have had their private information harvested by companies that exploited the same terms as the firm that collected data and passed it on to Cambridge Analytica, according to a new whistleblower.

Sandy Parakilas, the platform operations manager at Facebook responsible for policing data breaches by third-party software developers between 2011 and 2012, told the Guardian he warned senior executives at the company that its lax approach to data protection risked a major breach.

In secretly recorded conversations, Cambridge Analytica’s CEO, Alexander Nix, claimed he had met Trump “many times”, while another senior member of staff said the firm was behind the “defeat crooked Hillary” advertising campaign.

“We just put information into the bloodstream of the internet and then watch it grow, give it a little push every now and again over time to watch it take shape,” said the executive. “And so this stuff infiltrates the online community, but with no branding, so it’s unattributable, untrackable.”

Caught on camera by an undercover team from Channel 4 News, Nix was also dismissive of Democrats on the House intelligence committee, who had questioned him over Russian meddling in the 2016 campaign.

Senior managers then appeared to suggest that in their work for US clients, there was planned division of work between official campaigns and unaffiliated “political action groups”.

Majority of Senate in favor of genocide! 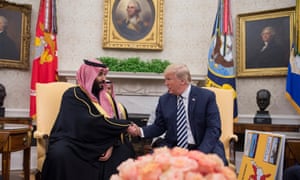 The US Senate has rejected an effort to end support for the Saudi-led bombing campaign in Yemen that has resulted in the deaths of thousands of civilians and driven the country to the brink of famine, after a rare attempt by Congress to claw back its war powers from the executive branch.

The Senate voted 55-44 on Tuesday against taking up the war powers resolution, which had been opposed by the Trump administration.

International Powers involved in Syria and the United Nations currently are only “Spectators” to Turkish War Crimes in Syria : Analysis

International Powers involved in Syria and the United Nations currently are only “Spectators” to Turkish War Crimes in Syria : Analysis
— Read on middleeastnewsservice.com/2018/03/20/international-powers-involved-in-syria-and-the-united-nations-currently-are-only-spectators-to-turkish-war-crimes-in-syria-analysis/

The CDC plans to post an announcement soon, which will include a recommendation that people not eat recalled Coconut Smiles Organic from Natural Grocers.

LA from a distance

Six months after Hurricane Maria hit Puerto Rico, the federal government’s response has been inexcusably slow, its spending wasteful, and its aid inadequate.

On January 31 of this year, the Federal Emergency Management Agency (FEMA) announced that it would stop distributing essential food and water aid in Puerto Rico, reversing its decision only after widespread backlash. Only six days later, FEMA was awarded a $156 million contract that called for the distribution of 30 million meals to Puerto Rico, but delivered just 50,000.

As a result, the Puerto Rican exodus after Hurricane Maria is growing daily because too many are still struggling to survive without power, a roof over their heads, or potable water as they continue to await FEMA aid.

The federal government has botched the relief efforts in Puerto Rico at every stage since the storm made landfall, and its mismanagement of contractors delivering disaster relief is costing lives. Its ineptitude has left approximately one-quarter of Puerto Rico’s residents without electricity, and 1-in-10 are predicted to stay in the dark through the end of March. Nearly twenty percentof the island’s businesses remain closed and the unofficial death count stands at over 1,000.

There is no excuse for the Department for Housing and Urban Development (HUD) to withhold federal assistance to state and local governments as they continue to take in a massive influx of displaced Puerto Ricans who are still stranded in temporary housing across the country.

Hurricane evacuees of Puerto Rico are now living in fear of losing their housing a second time, when they should be receiving assurances from our government. Instead, FEMA has begun cutting off housing benefits for many Puerto Ricans who have nowhere else to go. To make up for the loss of these benefits, FEMA has deemed homes without a roof, secure door or windows, or even clean water to be “habitable.”

What’s more, FEMA decided in January to stop shipping the most basic supplies–food and water–to Puerto Rico after “mistakenly” announcing it would stop distribution altogether. And it opted to not award contracts to experienced professionals who know how to deal with natural disasters. Puerto Rico cannot afford to have another inexperienced and poorly rated contractor that fails to deliver adequate assistance.

FEMA’s fumbled response has resulted in three-times the calls to suicide lines, as the island confronts trauma and a public health crisis on top of the ongoing humanitarian crisis left in the Maria’s wake. The situation looks bleaker in rural areas where many have been left to fend for themselves, waiting for aid that has yet to reach them.

With the next hurricane season just around the corner, it’s crucial that the federal government increase their urgency in Puerto Rico. FEMA must be held accountable and start tracking its progress in Puerto Rico by providing the public with honest metrics about where recovery efforts presently stand. Congress must hold the agency accountable for its flagrant mistakes.

Congress must also provide more resources and aid to the island as they work to rebuild it. Although we are grateful Congress for the aid Congress has already offered the island, it still falls short of the estimated $95 billion it will take to rebuild, and the additional funding needed to make sure evacuees have the continued support they need upon return. It is further crucial that there is adequate oversight of these measures to ensure that relief is administered swiftly and competently.

President Donald Trump and the Department of Homeland Security (DHS) must also fulfill their responsibility to oversee FEMA and ensure the adequate distribution of disaster aid. We must not forget that the Administration is ultimately accountable for FEMA’s failures.

Puerto Rico deserves better and we all know it. That’s why the Center for American Progress recently launched the Puerto Rico Relief and Economic Policy Initiative, and that’s why today, scores of Americans are meeting outside of FEMA’s headquarters to demand that the agency get its act together and start providing the essential resources and aid that Puerto Rico desperately needs to not only get back on its feet, but to ensure that homes are restored, businesses reopened, and infrastructure fortified.

American citizens of Puerto Rico shouldn’t have to settle for less.

Featured Photo: A downed tree beside a home in Salinas, Puerto Rico. Photo by Carlos Jimenez.

Enrique Fernández-Toledo is the Director, Puerto Rico Relief and Economic Policy at the Center for American Progress. Rafael Medina is the Ethnic Media Associate at the Center.

Ending a beautiful day of running with this sunset. Photo copyright Nicole Nells.