In an unprecedented move, the Church of the Holy Sepulchre in Jerusalem’s Old City was closed on Sunday, and will remain closed indefinitely in protest of municipal legislation that would allow Israeli authorities to expropriate Church land.

The heads of the churches who jointly manage the Church of the Holy Sepulchre announced the closure outside of the church on Sunday.

Copies of their written statement called the ‘Church Land’s Bill’ a ‘flagrant violation of the existing status quo’ that ‘breach(es) existing agreements and international obligations which guarantee the rights and privileges of the Churches, in what seems as an attempt to weaken the Christian presence in Jerusalem.’

‘The systematic campaign of abuse against Churches and Christians reaches now its peak as a discriminatory and racist bill that targets solely the properties of the Christian community in the Holy Land,’ the statement continued.

The religious leaders, representing the Greek Orthodox Patriarchate, The Custody of the Holy Land, and the Armenian Patriarchate, likened the legislative measures to the ‘dark periods’ in Europe in which Jewish land was often subjugated and expropriated.

The bill in question concerns land that was sold by the Greek Orthodox and Roman Catholic churches since 2010.

Previously, the land, which amounts roughly 50 hectares and containing more than 1,000 housing units, was leased to the Jewish National Fund by the Greek Orthodox Patriarchate for housing purposes.

The decision made by the Greek Orthodox authority to sell the land complicates the matter, and drew the ire of the Christian community in Israel and Palestine.

The new bill proposes that should any land leased by the Greek Orthodox Patriarchate to the JNF or to any other party be sold, it would be assumed by the state who will compensate whoever makes the purchase.

The bill would grant the state ultimate authority over lands sold by the church.

The bill is set to be presented before a ministerial comity on Sunday.

Like Loading...
News
Unilever, the Anglo-Dutch consumer goods multinational whose vast stable of brands includes Dove, Knorr and Ben & Jerry’s, has opted to have its sole headquarters in the Netherlands rather than Britain, ending a dual structure that goes back nearly 90 years.

Australia may be about to open the door to fast-track visas for white South African farmers. Some accuse Australia of double standards after the UN recently slammed Canberra for illegally detaining asylum-seekers.

The Madrid Press Association (APM) has expressed public support for EL PAÍS Managing Editor David Alandete, who is being targeted by a “smear campaign” conducted by Russian media organizations such as Russia Today and Sputnik, and by groups like the Eurasia Hispanic-Russian Observatory. 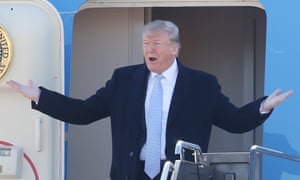 Donald Trump bragged that he made up facts in a meeting with the Canadian prime minister, Justin Trudeau, according to an audio recording obtained by the Washington Post.

The US president – notorious for making false claims on countless issues – admitted he told Trudeau that America has a trade deficit with its neighbour when he “had no idea” if that was true. 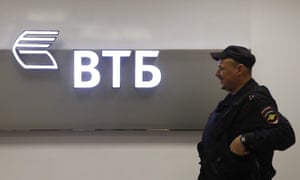 Donald Trump’s private company was “actively negotiating” a business deal in Moscow with a sanctioned Russian bank during the 2016 election campaign, according to a memo by Democratic lawmakers investigating possible collusion between the campaign and the Kremlin. 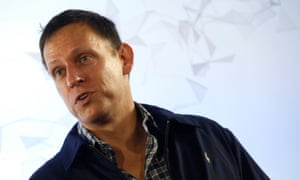 PayPal co-founder says regulators envy industry’s success in US: ‘There are no successful tech companies in Europe’

European regulators are clamping down on Silicon Valley companies because they are “jealous” of the success of the technology industry in the US, according to PayPal co-founder and investor Peter Thiel.

Speaking about the looming threat of regulation for these companies, Thiel said that the “threat is probably greater in Europe” and there are “good reasons and bad reasons”.

The public continues to express at least some confidence that Robert Mueller will conduct a fair investigation into Russia’s involvement in the 2016 election.

Ever notice how a cut inside the mouth heals much faster than a cut to the skin? Gum tissue repairs itself roughly twice as fast as skin and with reduced scar formation. One reason might be because of the characteristics of gingival mesenchymal stem cells, or GMSCs, which can give rise to a variety of cell types.