Over 40 per cent of the graves in Israeli settlements in the occupied West Bank have been dug on privately owned Palestinian land, according to a new report by Israeli NGO Kerem Navot.

The study, using Israeli authorities’ official data, found that “some 600 graves, situated in or near 10 settlements, are built on Palestinian land, including land that has been expropriated for public use or taken by Israel for what it describes as security needs.”

The data shows that “the cemeteries are often situated hundreds of metres away from the homes of the actual settlements” – the Kochav Hashahar cemetery, for example, which has 35 graves dug on privately owned Palestinian land, is located half a kilometre from the settlement’s nearest homes.

Study-author Dror Etkes said he believes the location of the cemeteries is not a coincidence.

The placement of a cemetery “is not chosen for no reason. It is a very long-term investment – and in Judaism, whoever buries people in a certain place does so on the understanding they will not be removed,” he said.

“Obviously, there is deliberate intent lurking behind the location of these cemeteries”, he continued, “and it may be assumed that whoever buries the dead on private Palestinian land knows exactly what he’s doing”.

A former Russian spy is critically ill after being exposed to an unknown substance in England. Authorities have closed down a restaurant and conducted a major decontamination effort in central Salisbury. 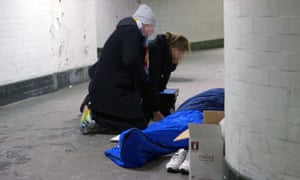 A leading homelessness charity has worked with Home Office patrols as they go out on the streets in search of rough sleepers deemed to be in the UK illegally to arrest and deport, the Guardian has learned.

St Mungo’s is one of the largest providers of homelessness outreach services in the UK, with 17 outreach teams across the south and south-west. Its website says it is “here for every step of the journey away from homelessness” and its outreach teams work to “gradually build up trusting relationships” with people who are sleeping rough. 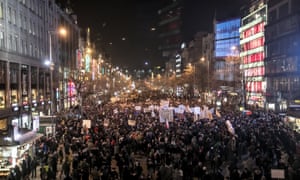 Thousands of demonstrators brought the centre of Prague to a standstill on Monday night in a display of anger over the appointment of a communist-era riot squad officer to head the Czech parliament’s police watchdog.

Chanting “communists are murderers” and “we have had enough”, protesters held sheets of paper rolled up to resemble police batons in an expression of indignation over the installation of Zdeněk Ondráček, a Czech Communist party MP, as chair of the parliament’s general inspection of security forces commission.

The Georgia state legislature is considering a bill that would allow adoption agencies to turn LGBTQ couples away. That’s how much they hate us: they’d rather leave kids in foster care then let them be in our loving homes.

SB-375, also known as the “Keep Faith in Adoption and Foster Care Act,” would allow child-placement agencies to refuse to work with potential parents if it violates their “sincerely held religious beliefs.” As opponents pointed out on the Senate floor last week, it’s obvious who the bill is targeting: if passed, taxpayer funded adoption agencies would be free to turn away qualified LGBTQ people, just because of their sexual orientation. It’s state-sanctioned discrimination hiding under the guise of religious liberty.

The bill passed the Georgia State Senate last week and headed to the House for a vote. If Georgia licenses adoption discrimination, it’ll join a disturbing national trend. According to the Movement Advancement Project, seven states allow child welfare agencies to refuse to place kids with LGBTQ people, if doing so “conflicts with their religious beliefs.” Alabama, South Dakota, and Texas which passed nearly identical laws just last year.

The idea that I could someday be denied the opportunity to adopt just because of who I am and who I love fills me with intense anxiety. But being a parent is a long, long way in my future — for now, I’m far more concerned about the impact laws like this have on vulnerable youth in foster care.

In 2015, an estimated 430,000 children were in foster care nationally. The opioid epidemic is fueling a crisis in foster care and nearly every state has seen a dramatic increase in the number of children in foster care, some by over 20 percent.

With hundreds of thousands of kids in the system, you’d think Georgia’s priority would be encouraging loving families to adopt. Instead, the legislature is putting their seal of approval on discrimination and trapping more kids in a foster system where they’re highly vulnerable to physical abuse, sexual assault, and neglect.

Like I said: that’s how much they hate us.

Header image via LGBT Families of Color: Facts at a Glance

The US is without ambassadors in 45 countries as February 01, 2018 among them:#Qatar#SaudiArabia #Turkey #Egypt #Sudan #Jordan#Libya#SouthSudan #Morocco #UAE (soon)#Syria (Envoy)

Here is an English version of my latest for Al-Hurra 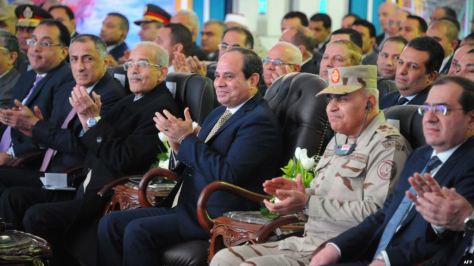 “I am not a politician, someone who just talks (beta3-kalam).”

Perhaps the most telling part of Sisi’s speech at the inauguration of Egypt’s Zohr gas field last month was the fact that comments such as these were not a veiled threat to opposition stakeholders as many news reports highlighted, but rather a reflection of Sisi’s vision of himself and his vision for Egypt.

When many of Egypt’s political figures, including ex-army Chief of Staff Sami Anan, ex-top auditor Hisham Geneina, and ex-presidential candidate Aboul Fetouh were arrested, many interpreted these arrests as a sign of the Egyptian president hunting down his opponents. But their interpretation is not necessarily accurate. None of those names was a serious threat to the Egyptian president. The problem runs much deeper. Egypt’s strongman is not a politician; he sees himself as state builder…

Let’s risk the collapse of the East Coast’s transportation infrastructure out of spite!

President Trump is pushing congressional Republicans not to fund a crucial infrastructure project — a long-delayed plan to build a new rail tunnel between Manhattan and New Jersey — setting up a confrontation that could complicate passage of a massive government spending bill this month.

Trump personally appealed to House Speaker Paul D. Ryan (R-Wis.) this week to target federal funding for the $30 billion Gateway project, which would construct a tunnel into New York’s Penn Station to supplement two aging tubes that are at risk of failing in the coming years.

The project is widely considered to be among the most pressing and most expensive infrastructure needs in the country, and state and local leaders have long sought federal funding to jump-start work on it. But the Trump administration threw the project into doubt late last year by casting aside an agreement reached during the Obama administration that would have the federal government pick up half the project’s cost.

And now, according to four officials familiar with the discussions, Trump has taken a personal interest in making sure no federal dollars flow to a project that is considered critical to his hometown’s long-term economic prosperity.

A spokesman for Ryan declined to comment. A White House representative did not respond to a request for comment.

The motivations behind Trump’s opposition are not entirely clear. It is a direct challenge to a key political rival, Senate Minority Leader Charles E. Schumer (D-N.Y.), who has been among the most powerful and vocal backers of federal funding for the project. Until recently, Schumer had held up several Trump nominees, including his pick to head the Federal Railroad Administration, to protest the administration’s failure to support the project.

But the Gateway project also has had powerful Republican backers, including former New Jersey governor Chris Christie and House Appropriations Committee Chairman Rodney Frelinghuysen (R-N.J.), who represents thousands of suburban constituents who rely on the Hudson River rail tunnels for their daily commutes to and from Manhattan.

Let’s be clear that Christie deserves zero credit here, as his own Trumpian killing of a transit tunnel out of pure spite is the reason we’re in this mess in the first place. Republican governance is a disaster. But, anyway, time for another thinkpiece about the implications of electing a populist Republican who really supports infrastructure and all the deals a Democratic Congress can cut with him!