US Congress releases a redacted, declassified memo that aims to counter Republican Party allegations that the FBI abused government surveillance powers in its investigation into Russian election interference.

If an Ohio community wants to regulate massacre-capable guns, its residents are powerless, thanks to a 2006 law and the legislators who overrode a Republican governor’s veto. Let’s remember their names, writes Thomas Suddes.

The Chinese Foreign Ministry has said the US risks jeopardizing co-operation over North Korea. A terse response was issued after Washington imposed sanctions against a range of targets, including Chinese firms.

The Kurdish enclave of Afrin in Syria is under attack by Turkey. According to a Kurdish affairs expert, because Kurds can’t rely on foreign powers, they have allied with the Assad regime purely out of self-defense. 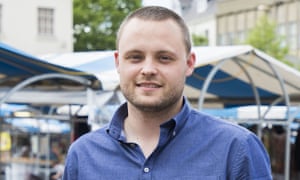 The Conservative MP Ben Bradley has apologised unreservedly and will make a substantial donation to charity for a tweet making claims about Jeremy Corbyn’s links to cold war spies, the Labour party said.

Bradley, who has more than 4,000 followers on Twitter, alleged on Monday that Corbyn had “sold British secrets to communist spies”. The tweet, which has since been deleted, followed newspaper reports claiming that Corbyn gave information to a spy during the cold war.

The view of US from India

Paper regards some kinds of violence as more acceptable than others.

Arab autocrats abandon even pretense of support for Palestine.