Terrill Thomas was left in a cell without water for seven days in 2016, and a supervisor then repeatedly lied about the events that led to Mr. Thomas’s death, prosecutors said.

A majority of Spanish voters – including many of those who support the governing Popular Party (PP) – feel that Prime Minister Mariano Rajoy should hand the leadership to someone else, according to a recent opinion poll.

A forecast 700,000 UK teenagers and young adults will leave the social media site in 2018

It’s official: Facebook is for old(er) people. Teens and young adults are ditching Mark Zuckerberg’s social network as popularity among the over-55s surges, according to a report.

Women are taking to social media to share their disturbing sexual assault experiences during the holy pilgrimage of Hajj.

#MosqueMetoo, a hashtag started by an Egyptian-American journalist Mona Eltahawy, has gone viral. Stories shared with the hashtag talk about the sexual assault ordeals that women have suffered while at the holy grounds of Mecca or any other place of Islamic sanctity.

It all started when a Pakistani woman named Sabica Khan took to Facebook to share a horrifying incident about being groped while fulfilling the ritual of Tawaf during Hajj where one does circuits of the Kaaba. After Khan shared her story, several other women joined in to reveal shocking incidents and how these shattered their perception of purity at a holy place.

In their stories, women talked about being groped, touched or rubbed up against while they were standing amongst the throngs of people congregated at one of the holiest sites in their religion. They further stressed the fact that all this occurred despite them following the Islamic dress code of being covered from head to toe in a hijab.

In the Oscar-winning movie Spotlight, a small team of investigative journalists from The Boston Globe discovers that a huge number of Catholic priests were responsible for sexually abusing children in Boston. The brilliant movie, which is based on a true story, culminates with the credits showing the following line “249 priests and brothers were publicly accused of sexual abuse within the Boston Archdiocese.” The movie also points out similar happenings in countries across the world.

In India too, there have been several accounts of women being abused in the name of religion. One of the most recent and high profile cases being that of the self-proclaimed ‘Messenger of God’, Gurmeet Ram Rahim Singh.

And while all this is shocking, is it really all that surprising? When has something like religion or the way a woman is dressed kept predatory men at bay?

The post Sexual Assault at Mosques? When Has Religion Stopped Men From Being Predatory? appeared first on The Ladies Finger. 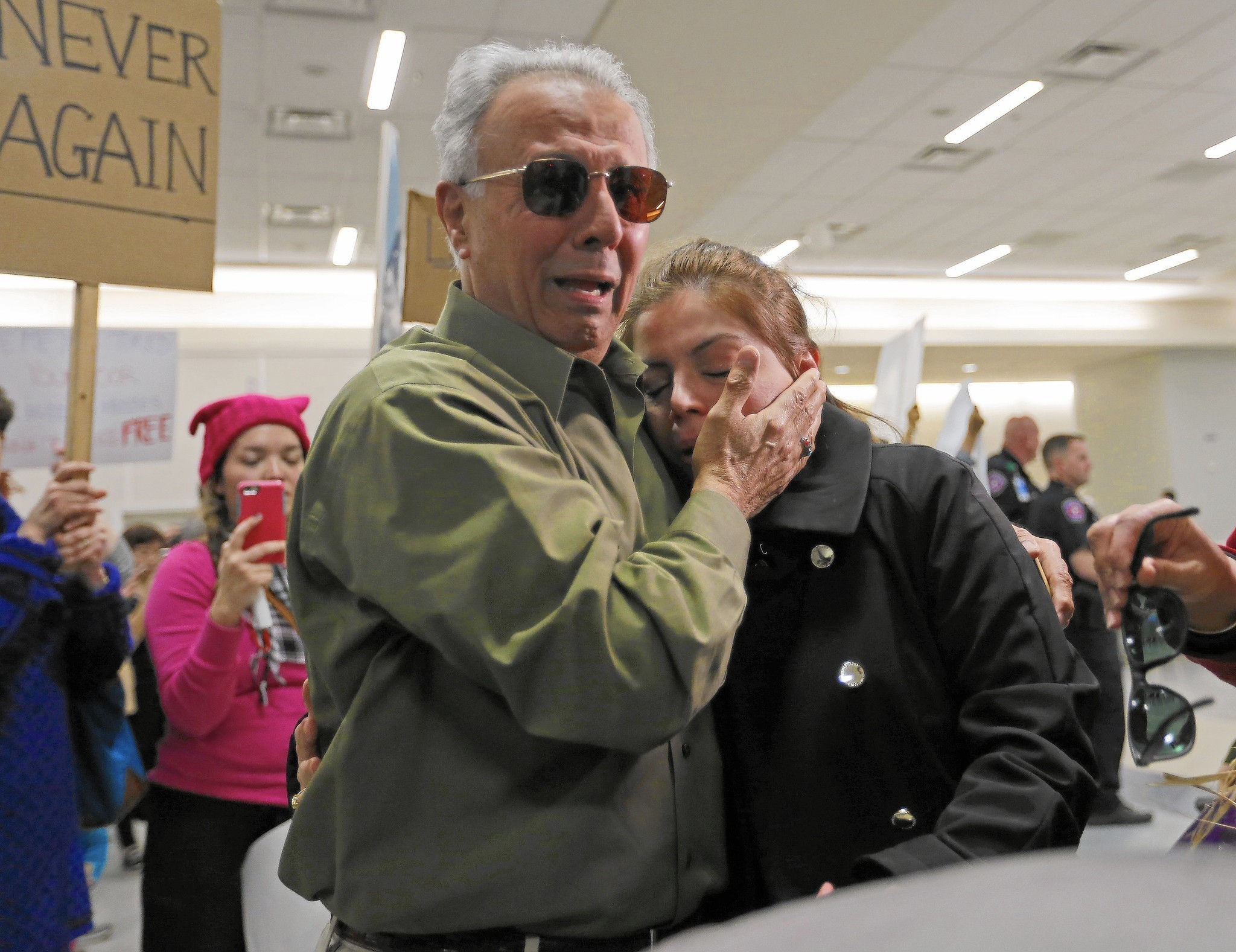 When we worry and wonder about authoritarian regimes that inflict cruelty on civilians, we often imagine tyrannical despots unilaterally advancing their sinister agendas. But no would-be autocrat can act alone. As a practical matter, he needs subordinates willing to carry out orders. Of course, neither Donald Trump nor Steve Bannon personally detained any of the more than 100 people held at airports over the weekend pursuant to the administration’s executive order on immigration, visitation and