World Health Organizations (WHO) has released its monthly report for December 2017, which revealed the following:

– Three in five patient companions unsuccessful in obtaining permits to travel out of Gaza: There were 2,507 permit applications for patient companions submitted to Israeli authorities in December. 40.5%were approved, 3.6% were denied and 55.9% were delayed, still pending by the date of the patient’s hospital appointment.

– Security interrogation of patients: 11 patients (7 males; 4 females) were requested for interrogation by Israeli General Security Services at Erez during December. Five were approved permits to travel for health care.

– Limited access to Egypt: Rafah terminal was open for four days in both directions. 183 patients exited Gaza to seek medical care. No medical aid and no medical delegates entered Gaza via Rafah during the month.

Representative Nancy Pelosi, the House Democratic leader, broke records on Wednesday with an extended speech opposing the budget deal because it ignored the “Dreamers.” 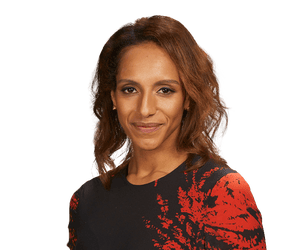 #MeToo is just the latest example: every development that could help us progress comes under friendly fire

Sometimes the quest to distance ourselves from oppression becomes truly creative. “I’m not racist,” says Lucas Joyner – ironically – in his viral track, My Sister’s Boyfriend’s Black. Donald Trump’s lawyer, Michael Cohen, was rightly ridiculed for attempting to prove his antiracism credentials by posting a collage of pictures of himself with black people – an absurd “wokeness by association” even if it were not obviously overridden by the fact that he advocates for an overtly racist president. Then there’s my personal favourite: “I’m not racist – I’m having a Motown-themed wedding.”

Related: The 1910s: ‘We have sanitised our history of the suffragettes’ 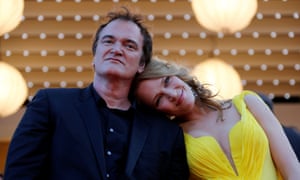 The film-maker has been accused of negligence by Uma Thurman, fetishisation by Rose McGowan and audio has surfaced of him defending Roman Polanski, leading to questions from the industry

It started with Uma Thurman revealing that Quentin Tarantino bullied her into driving an unsafe car that crashed and now days later it is Tarantino’s reputation and possibly career that is skidding at dangerously high speed.

With accusations flying at the Pulp Fiction director from all over Hollywood, his status as one of America’s most revered auteurs is at risk, prompting speculation about his future. 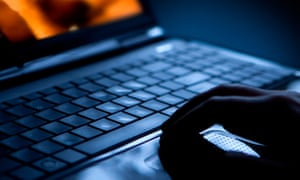 There has been an explosion in the creation of videos that use cutting-edge machine learning techniques to superimpose the faces of female celebrities on to explicit clips, due to the release of a desktop app that streamlines the process in January.

If the president insists on flexing his muscles on the streets, the opposition should have an alternative parade to mock his strongman tactics

The genius of Donald Trump, it has long been observed, is to turn subtext into text. What was hinted at or hidden is, with him, brought shamelessly to the surface.

So it is with his latest scheme, his instruction to the top brass of the US armed forces to lay on a military parade in the nation’s capital, perhaps on 4 July. He’d been nagging the generals about this for a while but, according to the Washington Post, he gave the order at a meeting at the Pentagon last month.

Those who live in areas that will certainly flood and areas where agriculture will stop because there is no water – hhhmmmm – not so pleased – what a dork! 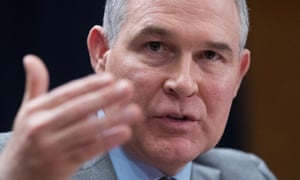 Scott Pruitt, the head of the Environmental Protection Agency, has suggested that global warming may be beneficial to humans, in his latest departure from mainstream climate science.

Pruitt, who has previously erred by denying that carbon dioxide is a key driver of climate change, has again caused consternation among scientists by suggesting that warming temperatures could benefit civilization.

Schumer sell out of Dreamers! 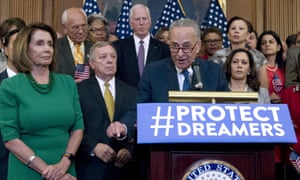 Senate leaders on Wednesday announced a far-reaching agreement that would set federal spending levels for the next two years, a major victory for both parties after years of lamenting Congress’s reliance on short-term solutions to avert financial crises.

The bipartisan plan would raise defense and non-defense spending by $300bn and provide billions of additional dollars in disaster relief funding for areas ravaged by wildfires and hurricanes last year. It would also increase the debt ceiling and allow the government to take on new debt for the next year.

Palestinian Ahed Tamimi, 16, now in an Israeli
prison after protesting when her young cousin was shot in the face. Photo: An Israeli soldier twisting her arm during her arrest.
.http://ift.tt/2B1j2gO

Apartheid was brought to an end in South Africa.
Israel’s Apartheid in Palestine can be ended.