The civil service is the latest to be flamed by Jacob Rees-Mogg and co, who blame everyone but themselves

Patriots who shout about their love of country daily announce their hatred of every British principle that might constrain them. The rule of law and sovereignty of parliament? The Mail echoed every totalitarian movement since the Jacobins and denounced judges as “enemies of the people” for ruling that Brexit couldn’t be triggered without the approval of parliament. Academic freedom? A government whip demanded universities tell him what lecturers were teaching about Brexit. The right of MPs to follow their conscience? Liberal Tories received death threats after the Telegraph called them “mutineers” for not obeying orders and thinking for themselves. Now the civil service is having its ethics besmirched and neutrality threatened. Jacob Rees-Mogg and Steve Baker accused it of plotting to undermine Brexit by producing needlessly pessimistic forecasts. The lie was so demonstrably false even Baker had to apologise. Tellingly, Rees-Mogg did not. Unnervingly, he may be our next prime minister.

Talk to the hand – rotflmao 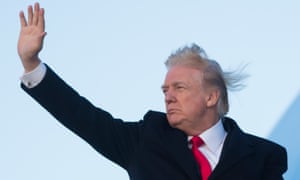 Amid swirling partisan rancor in Washington, mere days after Donald Trump appealed for unity in his State of the Union address, the president fired yet another broadside at special counsel Robert Mueller and the investigation into Russian election meddling.

Related: Nunes memo release is Trump’s attempt quell threats to him and his circle

The actress is finally ready to talk about Harvey Weinstein.