small of them As prep schools increasingly confront past sexual misconduct, they often use laws limiting when a lawsuit can be filed to avoid paying victims. Donald Trump has thrown his full support behind Roy Moore in the Alabama Senate race, tweeting his endorsement before calling the controversial candidate to say: “Go get ’em, Roy!”

Related: Why did Roy Moore escape to Australia? Clues remain in the outback wilderness While once greatly feared and the cause of numerous epidemics up until the early 20th century, Scarlet Fever –  caused by a bacteria called group A Streptococcus – can be successfully treated by modern antibiotics and today is usually a mild illness.

The illness is caused by the same bacteria that causes `strep throat’, and is characterized by fever, a very sore throat, a whitish coating or sometimes `strawberry’ tongue, and a `scarlet rash’ that first appears on the neck and chest.

It primarily affects children under the age of 10.  Adults generally develop immunity as they grow older. Untreated, this bacterial infection can lead to:

For reasons that remain unclear (see The Lancet’s Resurgence of scarlet fever in England, 2014–16: a population-based surveillance study), Scarlet Fever has been on the rise since 2009 across much of Asia, and more recently in the UK, with perhaps the best-documented outbreak coming out of Hong Kong.

Early in this decade (see Hong Kong: Scarlet Fever In 2012), I wrote often about this abrupt, nearly 10-fold increase, in scarlet fever cases between 2010 and 2011 (see chart below). Since then Hong Kong has seen a high level of cases each year. Much of Asia – including China, Vietnam, and South Korea – have also reported rising numbers of cases.

In the few years the UK has reported a resurgence in Scarlet fever infections as well (see UK PHE: Scarlet Fever Still Rising, with more than 15,500 cases reported during the first 47 weeks of 2017.

This year Hong Kong is seeing another major surge, with 1,947 cases reported in the first 11 months of the year (a  > 50% increase over 2016).  Two weeks ago, Hong Kong’s CHP sent out a letter to doctors, as well as warning the public (see Heightened vigilance warranted amid marked increase in scarlet fever activity).

Today, with 94 new cases reported in the last week, Hong Kong’s CHP has issued the following appeal to the public, schools, and doctors.

The Centre for Health Protection (CHP) of the Department of Health today (December 4) appealed to parents, schools/institutions and healthcare professionals for heightened vigilance against scarlet fever (SF) as its activity sharply increased last week and has reached a very high level.

According to the CHP’s surveillance data, the weekly number of SF cases increased from 48 in the week of November 19 to 94 in the last week (week of November 26). Regarding SF outbreaks in schools/institutions, as of December 3, eight outbreaks (five kindergartens/child care centres and three primary schools) affecting 22 pupils/children were recorded in November.

“While SF has occurred throughout the year locally, a seasonal pattern for SF in Hong Kong with higher activity was observed from May to June and from November to March in the past few years. The activity of SF has increased again since November this year. Based on the past epidemiological pattern, we expect that the SF activity will remain at a higher level in the coming few months. Parents have to take extra care of their children in maintaining strict personal, hand and environmental hygiene,” a spokesman for the CHP said.

The 1 947 SF cases reported this year comprised 1 156 males and 791 females aged from 2 months to 43 years (median: 5 years), nearly all of whom (1 863, 95.7 per cent) were under 10 years. Most presented with mild illnesses. Among them, 695 cases (35.7 per cent) required hospitalisation. While one severe case reported in March required admission to an intensive care unit, no deaths have been recorded so far.

“We will issue letters to doctors, hospitals and schools again to alert them to the latest situation. Schools should promptly make a report to the CHP in case of an increase in respiratory illnesses or absentees for immediate epidemiological investigations and outbreak control,” the spokesman said.

SF is a bacterial infection caused by Group A Streptococcus and mostly affects children. It is transmitted through either respiratory droplets or direct contact with infected respiratory secretions.

It usually starts with a fever and sore throat. Headache, vomiting and abdominal pain may also occur. The tongue may have a distinctive strawberry-like (red and bumpy) appearance. A sandpaper texture-like rash would commonly begin on the first or second day of onset over the upper trunk and neck before spreading to the limbs. The rash is usually more prominent in armpits, elbows and groin areas. It usually subsides after one week and is followed by skin peeling over fingertips, toes and groin areas.

There are no vaccines available against SF. Members of the public are advised to take heed of the health advice below:
Maintain good personal and environmental hygiene;Always keep hands clean and wash with liquid soap when they are dirtied by mouth and nasal discharges;Cover your nose and mouth while sneezing or coughing and dispose of nasal and mouth discharges properly;Avoid sharing personal items such as eating utensils and towels;Maintain good ventilation; andChildren suffering from SF should refrain from attending school or child care settings until the fever has subsided and they have been treated with antibiotics for at least 24 hours.   The public may visit the CHP’s SF page for more information. 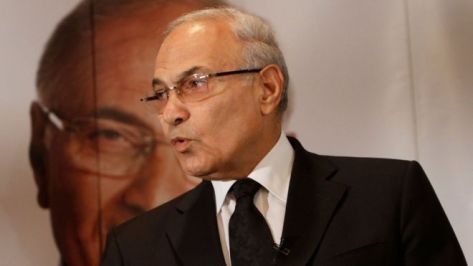