Not scrutiny – just anti-foreigner fear writ large by a fool who feels he has to look good by attacking “others” while he has done nothing to answer the people murdered in Las Vegas. Weak people succumb to fear and the methods of terror! The New York attack brought scrutiny to a program that every years admits up to 50,000 foreigners who need no family ties to the United States or special skills.

An-ex North Korean diplomat has told US lawmakers to send information to the reclusive country instead of bombs. Thae Yong-ho warned that any military strike would be met with immediate retaliation.

Tribe Fought for Coal Ash Safeguards, Then Pruitt Came Along

The Reid Gardner coal plant stood about 300 yards from the Moapa River Indian Reservation in Nevada.

For the Paiute Indians who call the Moapa River Reservation home, living next to a coal-fired power plant meant dealing with toxic coal ash. The dust covered their homes, seeped into their bodies and, they believed, made them sick.

The tribe fought the plant and its pollution, and worked to bring clean energy jobs instead to their land near Las Vegas. In the process, they helped secure from the Environmental Protection Agency the first-ever federal regulations on coal ash. Just two years later, however, the new coal ash rule, referred to by the EPA as the coal combustion residuals rule, faces a serious threat.

The byproduct of burning coal to generate power, coal ash contains some of the deadliest industrial toxics known to man—mercury, arsenic, lead and chromium, which are associated with cancer, heart disease, strokes and brain damage in children. Seventy percent of this waste is dumped in low-income communities. Coal ash has been responsible for at least 200 cases of contaminated water.

The coal ash rule marked a victory for the Paiute, for Earthjustice and for Americans living near some 1,400 coal ash dumps across the country. That is, until EPA Administrator Scott Pruitt decided in September to “reconsider” the rule at the behest of the coal industry.

The tribe’s fight against coal ash began in 2000. William Anderson, the tribe’s chairman at the time, recalls how members began to discuss what the coal ash in their community might be doing to their health.

“We started asking ourselves: Who do we know who has breathing problems, thyroid problems and heart problems?” says Anderson. “All of us know someone at the reservation who had these issues.”

When Anderson was growing up, he says, asthma wasn’t an issue on the reservation. But when they began focusing on the possible link to coal ash, he realized that a majority of children seemed to have asthma or a breathing illness.

“We started a campaign with our [tribal] council and went to our people to fight for our own right to breathe clean air,” he says.

The tribe’s members started questioning state and federal agencies as well as NV Energy, which owned the nearby Reid Gardner coal plant, about the actual level of emissions. “Every time we started bringing awareness, no one would listen to what we were saying,” Anderson explains.

The minimal monitoring equipment that the company maintained didn’t reflect the true level of toxics that the tribe was able to document, Anderson says.

Part of the tribe’s campaign included working closely with the Sierra Club and Earthjustice and involved filing a lawsuit against NV Energy that charged the company with violating federal environmental laws requiring proper removal of toxic soil, sludge, coal dust and contaminated groundwater. NV Energy settled the lawsuit in 2015 for $4.3 million. The company closed the Reid Gardner plant earlier this year but still maintains coal ash waste there.

The tribe also began soliciting proposals from companies to build a solar farm. And in 2012, the Paiute completed a deal to establish the largest solar farm on an Indian reservation, which resulted in nearly 1 million solar panels being built to provide power to Los Angeles.

The farm created 600 jobs, and now the tribe is working on a deal to expand it.

“I was so happy during that time,” he says, reflecting back. “With everything that was going on with our people, we could see light at the end of the tunnel.”

“We showed them [NV Energy] that there’s an effective way to have a solution instead of destroying the environment, plants and animals and spoiling the water. And that’s renewable energy,” Anderson says.

As for the coal ash left behind, NV Energy is now required to place a cap on the dump near the Moapa River Reservation that would prevent the ash from becoming airborne. The company also must maintain a fugitive dust control plan for at least 30 years to keep toxics from seeping into groundwater, according to Earthjustice attorney Lisa Evans, who was the lead attorney on the case.

In addition to helping the Paiute, the coal ash rule established disposal safeguards affecting the other dumps around the U.S. The 2015 rule includes safeguards to prevent fugitive dust, ensure the stability of coal ash dams, protect drinking water from toxic ash, and ensure detection and cleanup of toxic leaks from coal ash dumps. Hundreds of contaminated sites and spills have been documented among the 1,400+ coal ash waste dumps across the country. See map.

Evans says the coal ash rule, which Earthjustice had been trying to strengthen, remains in place as of now. But if Pruitt tries to delay compliance deadlines or weaken the rule, Earthjustice will consider legal action.

When the EPA announced its decision to reconsider the coal ash rule, Evans called it a “galling giveaway” to industrial polluters.

“The EPA is sending a crystal-clear message to families across the country: Our job is to protect wealthy polluters, not you and your children,” she said. “Americans will not stand idly by as the EPA puts their health and safety at risk—and neither will Earthjustice or our partners.”

Anderson says the move by Pruitt is one of a number of ups and downs the tribe has faced, and it will not deter their fight.

“Our native people have been here for thousands upon thousands of years,” he says. “There’s struggle but we still continue on. When this place was first colonized, we faced genocide. They thought they could wipe out Native people but we are still here. We still move forward every time.”

Executives from Facebook, Google, and Twitter shared some pretty disappointing responses to questions from the Senate Judiciary Committee currently investigating foreign countries’ impact on politics in the U.S. [ more › ]

Good on them – now watch Trump try to smash them. Developers had promised jobs and prosperity, but environmentalists and activists have said the plan smacked of colonialism and would impose on sacred land. Navajo council lawmakers voted the proposal down 16-2. With the fight against ‘IS’ winding down, Russia and Iran have sought to clear a way for a political solution in Syria. US efforts to undermine Iran are set to be a topic of discussion, according to diplomatic missions. 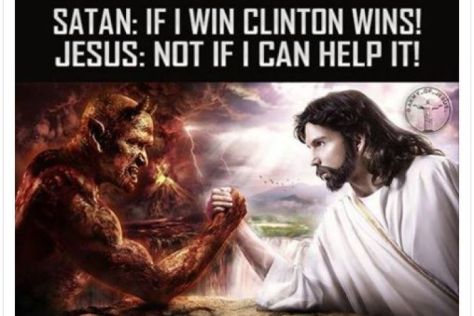 The US House Intelligence Committee releases some of the roughly 3,000 Facebook ads bought by Russian operatives to interfere in the US presidential election.

Source: These are the Russian Facebook ads that aimed to influence the US election – ABC News (Australian Broadcasting Corporation)

And the focus following the murders in Las Vegas led to? Who’s connecting the dots of US born and bred mass murderers? Uzbekistan in particular, where the suspect in the New York terrorist attack is from, has produced a high number of militants.

Terrorism is a means to an end: that of coercive publicity. It will happen. It will happen especially where we polarise confrontations of race and religion round the world. It will happen when weak people cannot resort to armies or bombs or drones, to gain leverage in enforcing their ideas of how society should be run. There is no such thing as a terrorist state. There are just people who use terror as a means to an end.The only power that can be deployed against this curse is the power of perspective. It is to treat terror as a criminal means of making a point. This has not changed since Joseph Conrad described the terrorist as “terrible in the simplicity of calling madness and despair to the regeneration of the world … like a pest in the street full of men”. What cannot be prevented is best accommodated. It is the psychological price we pay to live in an open and liberal society.These dangers pale against those our grandparents and their forebears had to manage. We are incomparably safer than humanity has ever been before. A community that can devote so much attention to suppressing contentious gatherings, offensive remarks and “invalidations of my identity” is not a society under existential threat. As for how best to help the traumatised people of New York, the answer is to do the opposite of what Americans did to European cities hit by such killings, which was to boycott them. The answer is to book a New York holiday, now. 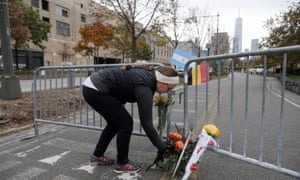 While the president used the attack to rail against ‘political correctness’, New Yorkers took in the news of the tragedy, then went about their daily lives