Total misuse of water and Colorado and source of pollution that’s killing Gulf of California! Farms rise from a floodplain where the Mohave nation meets Arizona, Nevada, and California.

Long and not a barn burner but good background on the new evil empire. Here’s How Breitbart And Milo Smuggled Nazi and White Nationalist Ideas Into The Mainstream:

In August, after a white nationalist rally in Charlottesville ended in murder, Steve Bannon insisted that “there’s no room in American society” for neo-Nazis, neo-Confederates, and the KKK.

But an explosive cache of documents obtained by BuzzFeed News proves that there was plenty of room for those voices on his website.

During the 2016 presidential campaign, under Bannon’s leadership, Breitbart courted the alt-right — the insurgent, racist right-wing movement that helped sweep Donald Trump to power. The former White House chief strategist famously remarked that he wanted Breitbart to be “the platform for the alt-right.”

Five years after the storm ravaged the region, New York City is resorting to modular houses as a faster and cheaper alternative to rebuilding on site from scratch. The replacement houses are part of the city’s controversial $2.2 billion Hurricane Sandy rebuilding program for homeowners, which is funded through federal aid.It is the largest such effort in the nation and expands the use of modular homes in disaster recovery programs from a stopgap measure to a permanent rebuilding solution, according to city officials and industry experts. Modular homes — not to be confused with trailer homes — are built to the same standards as traditional houses and look no different when fully assembled and connected to water and utility lines.

Scientists involved in the program said that much of the discussion at the event centers on climate change. Many said they were surprised by the E.P.A.’s last-minute cancellation, particularly since the agency helps to fund the Narragansett Bay Estuary Program, which is hosting the conference. The scientists who have been barred from speaking contributed substantial material to a 400-page report to be issued on Monday.The move highlights widespread concern that the E.P.A. will silence government scientists from speaking publicly or conducting work on climate change. Scott Pruitt, the agency administrator, has said that he does not believe human-caused greenhouse gas emissions are primarily responsible for the warming of the planet.

In East Texas, a FEMA mobile disaster center was scheduled to assist flooded residents one day last month in a courthouse parking lot in the town of Orange. “FEMA didn’t show up that day,” said Stephen Brint Carlton, a Republican who is the county judge and the top elected official in Orange County. “They don’t show up and we have a bunch of elderly people sitting out in a parking lot, and no one’s there to help them.”Harvey sent about two feet of water into Jesse Altamirano’s home in northeast Houston near Greens Bayou. On a recent afternoon, as a contractor repaired the walls, he pulled out his phone and scrolled through his call history. One call Mr. Altamirano made to FEMA, on Oct. 6 at 10:27 a.m., lasted 4 hours 54 minutes 20 seconds. For all but about 10 minutes of that time, he said, he was on hold, trying to get the agency to extend his hotel stay. But a FEMA representative eventually told him it was too early to complete his extension. He was told to call back in two days.

Breaking the Silence, an organization made up of former Israeli soldiers that collects and publishes testimonies of IDF transgressions in the occupied territories, called the bill an attempt by Netanyahu to distract the public from numerous corruption investigations that threaten to topple his rule.The claim isn’t unfounded: Netanyahu’s cronies in the Likud Party are carrying out a parliamentary scorched earth campaign to shield the prime minister from accountability, including establishing a parliamentary committee to investigate foreign government funding of left-wing NGOs. Levin’s bill, then, does away with etiquette. No longer will the Israeli Right harp on the issue of funding alone. In its war of attrition, the goal has become the total elimination of dissent.

Source: In the crosshairs: Israel’s war of attrition on political dissent | +972 Magazine

There are multiple times and ways this controversy could have been avoided. *Trump was only asked by a reporter why the The White House hadn’t made a statement about the soldiers deaths in Niger.   Unsolicited, Trump started talking about writing letters to the families of the soldiers and comparing himself to Obama. All Trump need to do is express sympathy for the loss of life and then say they don’t want to comment until they have full information. * When Trump’s call was placed on speaker phone. Rep. Wilson could have suggested it be taken off speaker phone out of respect that Trump thought it was a private call and it should be. * After a reporter asked Wilson what Trump said.  Rep. Wilson could have, and probably should have told the reporter that the conversation was intended to be private and she wanted to respect that. * When Wilson  and Johnson’s mother said Trump had disrespected them, either Trump or the White House, should have made a public statement sating they regretted Trump’s message being misconstrued, and then salute Sgt. Johnson’s service and reaffirm the nations deepest sympathies. Instead, Trump and the White House went into attack more, prolonging the controversy. Parents of another soldier who lost their son, echoed something Chief of Staff Kelly said about his own experience.  More meaningful than a letter or phone call from the president, the parents said, was getting letters and phone calls from their son’s friends and fellow soldiers, who knew and fought alongside them. Barack Obama, Jimmy Carter, George H. W. Bush, Bill Clinton and George W. Bush have delivered a message of unity. The former presidents have called on their fellow citizens to help the victims of a series of hurricanes.

He has always loved the limelight – hope he can do some good. Senator John McCain, the irrepressible Arizona Republican, has long felt free to speak his mind. But since his cancer diagnosis, he has been a vocal defender of national ideals. 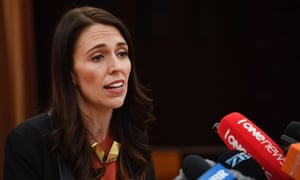 The incoming New Zealand prime minister, Jacinda Ardern, hopes the Turnbull government does not go ahead and restrict New Zealanders from university courses in Australia as she may be forced to end a reciprocal arrangement.Ardern told Sky News on Sunday she hoped the mutual access continued. “But if we do find New Zealanders aren’t able to access tertiary education the same way as Australians currently do, there will be flow-on effects here,” she said.