Giordano reiterates that to the Press Democrat saying, “This isn’t the guy who lit the fires, and to equate that is misleading and inflammatory and distracts from the mission we have helping our community recover from these fires.”Further, Giordano said that Homan’s claim that the Sheriff’s Office had failed to inform them of Gonzalez’s earlier releases was untrue. “Gonzalez has been in our jail approximately 8 times for minor misdemeanor offenses,” Giordano wrote in his statement. “We have notified ICE about his release in several of those arrests as they took place before our recent [sanctuary-related] policy change. We will continue to notify ICE if it complies with law and our policy. But as I stated earlier, they can seek a warrant and we will hold him.”ICE issued a detainer request for Gonzalez, and Sonoma County typically addresses these requests by informing ICE when undocumented suspects are released from their jail. Regardless of this policy, Giordano says, Gonzalez is currently being held in lieu of $200,000 bail, and is awaiting his next court date.”ICE attacked the Sheriff’s Office in the midst of the largest natural disaster this county has ever experienced,” Giordano says. “Tens of thousands of people have been evacuated, many people have lost their homes and 23 people have died from this firestorm. ICE’s misleading statement stirs fear in some of our community members who are already exhausted and scared.”In addition to Breitbart trying to connect one undocumented man to the fires — which sprang up nearly simultaneously in eight separate counties the night of October 8 during intense wind conditions — another spurious news source suggested this week that Mexican drug cartels were responsible, in an effort to impede the growing legal marijuana growing industry in Sonoma and Mendocino counties. That report, like the Breitbart piece, had no evidence to cite for this.

Racism and right-wing terror? What about that? G7 countries and leading technology companies including Google, Facebook and Twitter have agreed to work together to combat online terror propaganda. The accord is aimed at blocking jihadi content online. Thousands returned to the site of the country’s worst terror attack six days later. The US has stepped up the number of drone strikes inside Somalia since the beginning of the year.

A policy “geek” promising a fairer deal took over a foundering party and, at 37, rode progressives’ ardor to national power in a matter of weeks. Donald Trump has faced consistent criticism for his response to the crisis, yet awarded himself a 10 out of 10 when asked to rate the US’s emergency relief effort

Carmen Yulín Cruz, the mayor of the Puerto Rican capital San Juan, responded on Friday to Donald Trump’s claim that his administration deserved a grade of 10/10 for his handling of the crisis in the hurricane-hit US territory. Justin Trudeau has said it is not the government’s business to tell a woman what or what not to wear after the Canadian province of Quebec passed a law – believed to be the first of its kind in North America – obliging women wearing the niqab or burqa to unveil when riding public transit or receiving government services.

On Wednesday, Quebec’s Liberal government flexed its majority to vote in a law banning face coverings for those offering or receiving services from government departments, as well as municipalities, school boards, public health services and transit authorities.

we knew that the only way to stop Nazi sentiment from being normalized was to show up and shout it down. Ignoring these ideas and hoping they would go away is how we got here, after all. 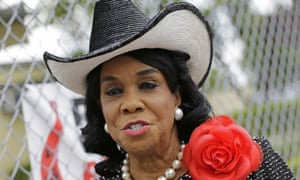 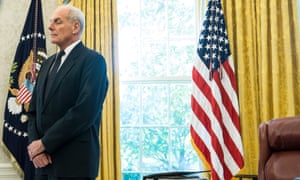 Wilson said Trump’s comments were “not a good message to say to anyone who has lost a child at war”.Advertisement“You don’t sign up because you think you’re going to die,” Wilson said. “You sign up to serve your country. There’s nothing to misinterpret. He said what he said. I just don’t agree with it. I just don’t agree with that’s what you should say to grieving families.”Johnson’s mother was also offended by Trump’s tone, telling reporters this week: “President Trump did disrespect my son and my daughter and also me and my husband.”Kelly also attacked Wilson for allegedly taking credit for securing funding from Barack Obama for an FBI field office, at a 2015 ceremony which he also attended.Wilson said she was not a member of Congress in 2009 when the funding mentioned by Kelly was secured. Her role, she said, was in having the building dedicated to two FBI agents who were killed in a 1986 shootout in Miami.“That’s a lie,” Wilson said of Kelly’s characterization. “How dare he?”She added: “I feel sorry for General Kelly. He has my sympathy for the loss of his son. But he can’t just go on TV and lie on me.”A video of Wilson’s remarks at the ceremony, published by the SunSentinel on Friday, support the congresswoman’s account. She briefly discusses her efforts to dedicate the building for the fallen agents, but at no point takes credit for securing funding.Wilson said she was seeking answers about the attack in Niger, in which Johnson reportedly became separated from the rest of his unit. The Pentagon has offered few details, prompting the Arizona senator John McCain to threaten the White House with a subpoena to elicit more information.“Why did it take 48 hours to find him?” Wilson said. “Was he still alive? Was he kidnapped? I am distraught and so is the family. There are so many questions that should be answered.”