Does #TraitorTrump even know about this being a problem? Given Recep Tayyip Erdogan’s hostility, removing American nuclear weapons from Turkey must be an option.

Going for flame out

The semiannual convention will take place in Anaheim next weekend. [ more › ]

Hengameh Golestan is a pioneer among Iranian women photographers. She has been documenting live in Iran for twenty-eight years. She has photographed vast numbers of women and children, instances of family life, traditional wedding and everyday life in Iran.

During the revolution, she captured moments of rebellion on the part of women. She photographed the last day for Iranian women without the hejab(veil), when group of women from every profession – nurses, students, theathers – took part in an enormous demonstration which ended with them being attacked and stabbed in the streets of Tehran.

These photographs below document the day in March 1979 when more than 100,000 women gathered on the streets of Tehran to protest against the new Islamic government’s hijab law, which ordered women to wear a headscarf to leave the house.

“This was taken at the beginning of the demonstration,” Golestan told The Guardian. “I was walking beside this group of women, who were talking and joking. Everyone was happy for me to take their picture. You can see in their faces they felt joyful and powerful. The Iranian revolution had taught us that if we wanted something, we should go out into the street and demand it.

“I wanted to join in all the protests during the revolution, but I knew I had to go as a photographer. My first thought was: “It’s my responsibility to document this.” I’m rather small, so I was ducking in and out of the crowd, constantly taking photos. I took about 20 rolls of film. When the day was over, I ran home to develop them in my dark room. I knew I had witnessed something historic. I was so proud of all the women. I wanted to show the best of us.” Occupation authorities also barred Palestinian worshippers from accessing Hebron’s Ibrahimi mosque during Sukkot so that the site – revered by Christians, Jews and Muslims alike – may be visited by Jews only.The mosque was partitioned by Israel following the massacre of 29 Palestinian worshippers by an American Jewish settler at the site in 1994.The city itself has been partitioned, with an area of Hebron including the Old City and Ibrahimi mosque under full Israeli military control. In that area Israeli occupation forces severely restrict the movement of more than 30,000 Palestinians while Jewish settlers move about freely under army protection.

Some players have reacted scornfully on social media to the suggestion they might be forced to stand. But Okung’s letter is a rare example of a player trying to unite all his peers in defiance of the league, and it sheds light on the frustration many athletes have only privately expressed regarding recent events.“Things have clearly gotten out of control,” he wrote. “As a pragmatist, I will admit, I initially doubted the merits of Colin Kaepernick’s protest and questioned the strategy. I was wrong.“There is now no doubt that what he started was a courageous, prophetic, self-sacrificial act that has captivated a nation and inspired a powerful movement,” he added. “If I had his cell phone number, I would tell him that.”Players routinely speak to teammates and to friends on other teams. Last year, players on several teams coordinated via text messages how to approach the anthem on the first Sunday of the season, which fell on Sept. 11.Broader conversations across multiple teams, though, have not been possible, Okung wrote, adding that the N.F.L. Players Association was ill-suited to facilitating larger discussions because the players are also competitors and “the system is designed to keep us divided and stifle our attempts to collaborate.”Okung said in the phone interview that his immediate goal was to identify players across the league who want to do more, then discuss their next steps.320COMMENTSIn his letter, Okung invited players to contact him on Twitter and when they do he will send them instructions on how to communicate as a larger group. He said he hoped that his letter reached as many players as possible, and that it “acts as a catalyst to convene a conversation among those of us who are uncomfortable having these important decisions made without us in the room.”“While I don’t have all the answers as to how to ensure we are not robbed of this moment, I am convinced that we will never make progress if we do not find a way to come together and take action that represents the will of the players,’’ Okung wrote. “What we have is strength in numbers.” 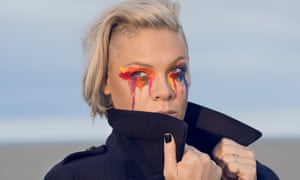 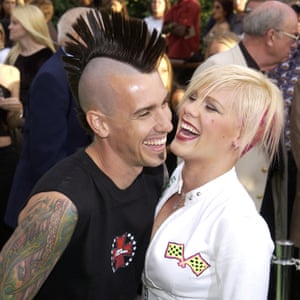 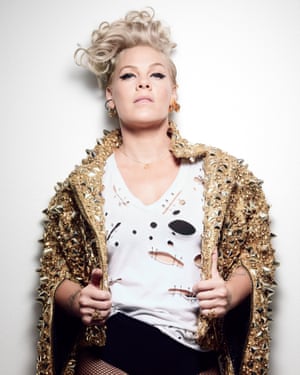 Does she anticipate that people might object to … “Him calling me a whore?” she interrupts. Well, yes, that. She bats it away. It’s her mother’s favourite track on the album, she laughs. “The reason I love Eminem is, number one, I think he’s a lyrical genius, I think he’s one of the best that ever did it. I think he’s funny as shit. I don’t think he believes in any of the shit he says. Otherwise, why would he respect a woman like me? Which he does. And I think he’s one of those people that likes to take the piss out of all the shit we hold so precious and so dear. I think all of us get a little too serious at times and that’s why I think it is hilarious that he says, ‘You’re a whore, you’re a whore, this is war.’ I’ve called Carey a whore like 50,000 times.” Does he mind? “I don’t care!” she cackles.Parents may no longer be worried that Alecia Moore is a bad influence on their kids, but Pink is still happy to cause a bit of trouble every now and then. “Look,” she says, “there’s a part of me that’s a fucker, and this is that.”

Source: Pink: ‘Monogamy is work. You have times when you haven’t had sex in a year’ | Music | The Guardian

The awful news that all but two penguin chicks have starved to death out of a colony of almost 40,000 birds is a grim illustration of the enormous pressure Antarctic wildlife is under. The causes of this devastating event are complex, from a changing climate to local sea-ice factors, but one thing penguins, whales and other marine life don’t need is additional strain on food supplies.

Source: Penguins starving to death is a sign that something’s very wrong in the Antarctic | John Sauven | Opinion | The Guardian

Cheating on your taxes, friends, and wives! Always wins among those who hide their lies behind faux-religious shields. The first sitting president to address the Values Voter Summit, Trump said he shared their agenda – despite his history of divorce, harassment and reality TV

Donald Trump rallied the faithful on Friday in a speech that aimed to shore up support among religious conservatives as his popularity haemorrhages elsewhere.

Related: Trump won’t kill off Iran nuclear deal but calls on Congress to stiffen its terms

Sooner or at least before a nuclear war or other type of meltdown caused by his action or inaction. The bar is set so low for Donald Trump that every day he doesn’t trigger a nuclear confrontation with a distant adversary is seen as a bonus. Today was one such day, as Trump signalled that he would not, after all, tear up the 2015 nuclear deal with Iran, as many – including his closest lieutenants – once feared he would.

Sure, he disavowed the accord, slamming Tehran as a “rogue regime”, imposing fresh sanctions on the Revolutionary Guard and refusing to certify that Iran has complied with its terms, but he did not feed it into the shredder. Instead, he kicked the decision on its future over to Congress. That certainly puts the deal’s survival in jeopardy, but it does at least live to see another day..