One of the biggest cogs in the Trump machine is InfoWars, an empire led by Alex Jones, a known instigator of conspiracy theories. On Wednesday, broadcaster David Knight falsely claimed that 700 mayors had been arrested in Spain and that the government is preparing an invasion of Catalonia by sea. He then criticized Trump for not supporting secession because “this country [the United States] was founded on the right of self-government and self-determination.” The Carolina Panthers pulled off their biggest win of the season – and inflicted another defeat on the New England Patriots on Sunday – as Cam Newton took control of the game.

Newton threw for three touchdowns and ran for another as the Panthers held off a late Patriots rally to win a thrilling contest 33-30. Newton also caused a stir for non-football reasons as he raised a clenched fist after scoring the 50th rushing touchdown of his career. Earlier in the week, the quarterback said he wanted to send a message of unity after Donald Trump’s attack on NFL players who chose to protest during the national anthem. Kamala Harris, a rising star within the Democratic party who is being closely watched as a possible presidential candidate in 2020, delivered a powerful riposte from the altar to Donald Trump on Sunday, accusing him of waging “an assault on our deepest values”.

Speaking in a historically-charged venue, the First Congregational Church of Atlanta, one of the oldest African American churches in the US founded in 1867 by freed slaves, the California senator gave a blunt account of the problems facing the nation.

Barcelona mayor calls for Spanish prime minister to resign amid reports of police firing rubber bullets at people trying to vote • Catalan referendum – liveThe Spanish government has defended its response to the Catalan independence referendum after more than 700 people were hurt when Spanish riot police stormed polling stations and seized ballot papers in a last-minute effort to stop the vote on Sunday. Social media companies such as Facebook and Twitter have begun to share evidence of how their platforms are used and abused during elections. They have developed interesting new initiatives to encourage civil debate on public policy issues and voter turnout on election day.

Computational propaganda flourished during the 2016 US presidential election. But what is most concerning is not so much the amount of fake news on social media, but where it might have been directed. False information didn’t flow evenly across social networks. There were six states where Donald Trump’s margin of victory was less than 2% – Florida, Michigan, Minnesota, New Hampshire, Pennsylvania and Wisconsin. If there were any real-world consequences to fake news, that’s where they would appear – where public opinion was evenly split right up to election day. 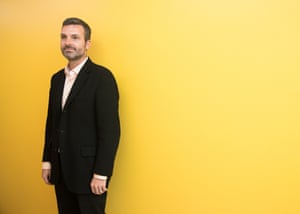 Pasquale said news that Facebook information had been used by Russian agents to target US citizens may prove to be a tipping point. “It shows this information has now been weaponised by a state actor. What we’re seeing is really a failure of the first order. Mark Zuckerberg wrote this 6,000-word letter about creating a global political community and yet we now know that Facebook was a platform for a devastating attack on the most robust democracy in the world.”

Source: British courts may unlock secrets of how Trump campaign profiled US voters | Technology | The Guardian 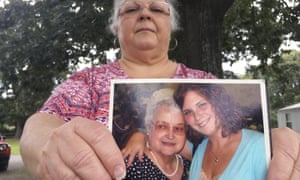 “I think we’ve got to have some difficult, very difficult conversations about people’s beliefs and their anger and their hurt and what it is they need fixed to feel right again,” she said. “We’re not going to hug it out and be happy. That’s just not reality. But we can listen to one another.”“People are listening to me right now, so I’m talking right now,” she said. “When they stop listening, I might shut up, I might not. I’m not good at shutting up.”

Source: ‘A white girl had to die for people to pay attention’: Heather Heyer’s mother on hate in the US | US news | The Guardian

Is he humane enough to resign now? A day after his secretary of state said the US had direct lines of communication to North Korea and was “probing” to find ways to resolve escalating nuclear tension between the two countries, Donald Trump tweeted that his top diplomat should “save his energy” as “we’ll do what has to be done!”

Related: Rex Tillerson: US has direct lines of communication with North Korea

Congress let CHIP expire on Saturday by not holding a vote to reestablish the program’s $15-billion appropriation.   No biggie, it’s just the Children’s Healthcare Insurance Program insuring 9 million children in the United States.

Source: While He Was Tweeting: The Puerto Rico Edition, Week 36 | Dame Magazine