His service, she told CNN, “should never be politicized in a way that divides us. We are too great of a country for that.”“The very action of self expression and the freedom to speak from one’s heart — no matter those views — is what Pat and so many other Americans have given their lives for. Even if they didn’t always agree with those views,” she said. “It is my sincere hope that our leaders both understand and learn from the lessons of Pat’s life and death, and also those of so many other brave Americans.” 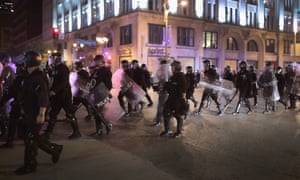 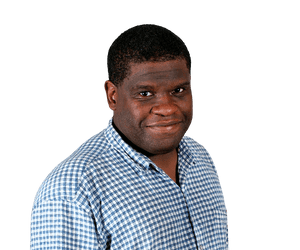 America was 200 years a slave state; 100 years an apartheid state; and just over 50 years a non-racial democracy. The concept of equality is relatively new.Not everyone got the memo. Trump knows his base. Those who knelt were booed in some stadiums. While white Americans overwhelmingly oppose the idea of white supremacy, its core message still holds considerable appeal: almost half of white Americans believe “white America is under attack” and a third think “America should protect and preserve its white European heritage”.That said, after Trump’s tirade many more NFL players knelt this weekend. Other teams refused to come out for the anthem. A range of entertainers and other sportspeople have joined in. Coaches, owners and the NFL itself slammed Trump for his comments. It remains to be seen if that coalition will hold. But for now it is growing in size and confidence. That, in itself, is cause for hope.

Source: Remember this about Donald Trump. He knows the depths of American bigotry | Gary Younge | Opinion | The Guardian 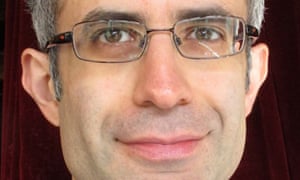 Danaie holds Canadian-Iranian joint citizenship. He is an electron microscopy scientist who has worked since October 2016 at Diamond Light Source, the UK’s national synchrotron, based at Harwell science and innovation campus in Oxfordshire. He has a work visa valid until September 2019 and previously worked at Oxford University’s department of materials.Danaie went public with his case after the Guardian highlighted the introduction of “hostile environment” immigration status bank account checks last week, and following an assessment by the chief inspector of borders that there was a 10% error rate in Home Office records used for some forms of enforcement action.“I happen to be in that 10% statistic. Despite having a valid work visa, I received this letter,” he said. “It hurts on so many levels. They even have a typo in my name. Such disarray is astonishing in an office responsible for security.”

My belief, that women should not be dictated to on what they should or shouldn’t wear by French or any other public policy, is grounded in the principles of free choice. Similarly, women should not be forced to cover up to satisfy a strict interpretation by men, based upon their patriarchal cultural framework, and little girls, absolutely not!