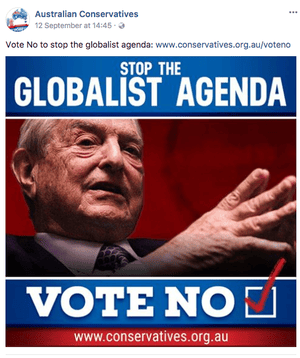 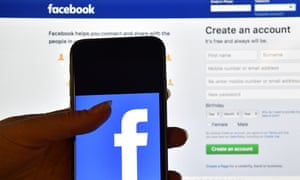 Soros has been the target of several right-wing, anti-semitic conspiracy theories, but it is not clear exactly how same-sex marriage in Australia relates to this.At least two other anti same-sex marriage pages have linked the vote to another right-wing conspiracy theory, cultural Marxism.Australian Christian Lobby not worried about marriage campaign vilification law Read moreMany readers took issue with a Facebook post from the Archbishop of Sydney Anthony Fisher, which listed five reasons not to vote for same-sex marriage, saying the vote would affect freedom of speech, religion, education, association and employment.The post attracted many comments, with several pointing out the vote would not affect any of these things: “Come on Archbishop, you know that the vote is not about any of these things. As a trained lawyer you must understand that changing the definition of marriage in the Marriage Act does not affect any of these freedoms. Please don’t be dishonest with the public.”We only received one submission involving a pro same-sex marriage Facebook post, which was from an individual’s account rather than an organisation or page.