Wait for it… when two people do the same and start shooting… it will happen and people will die. And wing-nuts will not care…

NOVI, MICH. – Video from a bystander shows a woman pull out a gun during a fight inside a Walmart store in Novi on Monday afternoon.

An argument broke out between two pairs of women over the last notebook on the shelf at the Novi Towne Center store, according to police.

The fight involved two Farmington Hills residents, ages 46 and 32, and a mother and daughter from South Lyon, ages 51 and 20.

WCRZ-FM reports that the two Farmington Hills women were shopping for school supplies, and when one of them reached for the last notebook on the shelf, a South Lyon woman also reached for it. Police told the Free Press that it was the 20-year-old who reached for it.

The two women pulled the 20-year-old’s hair, and the woman’s mother was pushed aside before pulling out a gun, according to Fox2Detroit.

The US Justice Department has no information about wiretaps President Donald Trump claimed were made of Trump Tower. Luiz Inácio Lula da Silva was convicted of corruption in July. Now he is on the road mobilising those he lifted out of poverty

Wearing their best red T-shirts, carrying flags and banners, and buzzing with excitement, thousands of people in this poor, dusty farming town had thronged the main square to see Lula and they screamed and stretched out their hands when he walked on stage.

The bearded, gravel-voiced leftist leader’s rule ended seven years ago, yet he remains the most popular Brazilian president in decades, if not in the country’s history. 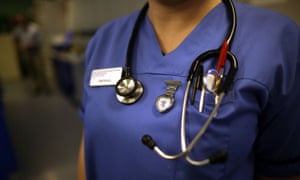 Maria’s deportation is the worst possible outcome of an immigration policy that is not about the “rapists” and “criminals” with whom President Trump threatened us during his campaign, but about racist and inaccurate definitions of what it means to be American.Maria’s story makes it crystal clear that Trump’s immigration policy isn’t about keeping Americans safe; after all, it can’t even prioritize actual criminals over skilled healthcare workers who care for underserved patients. Rather, Trump’s policies pander to the worst impulses of a small segment of society who are afraid that a diverse America will leave no place for them.Maria was torn from our community and left a void which many will feel for a long time, in many cases for their entire lives. Nobody feels this more acutely than the three American daughters she left behind.Those of us who were her colleagues and her patients will miss her calm, compassionate competence. And I will miss the illusions I had about my community’s ability to protect our own when Trump’s minions come calling.

Source: My colleague Maria was deported. I saw the void she – and others – leave behind | Nick Nelson | Opinion | The Guardian

viral means viral – Germany picks up story. The violent incident has shocked the nation after video emerged online of a nurse being arrested by force. The nurse had said she was merely following normal hospital protocol, and the officer was put on leave.