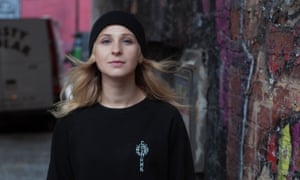 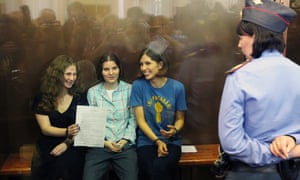 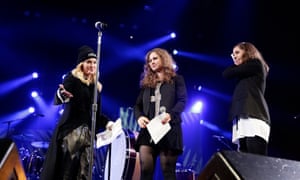 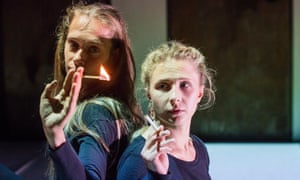 Alyokhina says she wants to tell the human story of Pussy Riot and correct some misconceptions: “In our case, the propaganda worked at full speed. They called us sacrilegious, whores and everything else.” But she also would like the book to be a call to action. “I want a 19-year-old girl from Argentina who doesn’t know anything about Putin, Russia, Pussy Riot or protest to be able to understand it,” she says. “Everyone has a choice, at every moment in their lives. This [book] is simply an example of how you make choices.”The Russian language version is being unofficially distributed in the same way that so-called “samizdat” literature – banned writing – circulated in the Soviet Union. But Alyokhina wants the English version to inspire an international audience. She makes regular visits to Europe and the US, and believes the election of Donald Trump as US president has made her experience more relevant than ever. “Political art is simply essential for life in the United States right now,” she says. “It’s not just about Trump. It’s about Nazi groups that are calling for people to be judged according to racial characteristics and so on. If you call someone dangerous then it means you are scared of them,” she argues. “You shouldn’t be scared, you need to act.”

Source: Pussy Riot’s Mariya Alyokhina: ‘Politics is not something that exists in one or another White House. It is our lives’ | World news | The Guardian 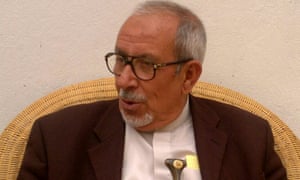 Alkhamesi, who worked with international aid agencies in Yemen for decades, was a former head of the Yemeni doctors’ union.His son, Zubair, told the Guardian the family were initially unable to find stents – expandable tubes used in narrowed arteries – needed for his father’s heart surgery. He could not be transferred abroad for treatment because of restrictions on movement imposed by Saudi Arabia. He died in a hospital in Sana’a, and was buried on Friday. 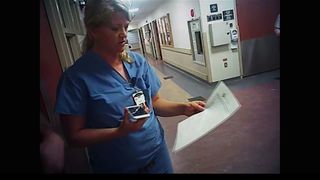 Good police should be supported – bullies and cowboys should not! Police body-camera video shows Wubbels, who works in the burn unit, calmly explaining that she could not take blood from a patient who had been injured in a deadly car accident, citing a recent change in law. A 2016 U.S. Supreme Court ruling said a blood sample cannot be taken without patient consent or a warrant. Wubbels told Payne that a patient had to allow a blood sample to determine intoxication or be under arrest. Otherwise, she said police needed a warrant. Police did not, but Payne insisted. The dispute ended with Payne saying, “We’re done, you’re under arrest” and pulling her outside while she screamed and said, “I’ve done nothing wrong!” He had called his supervisor and discussed the time-sensitive blood draw for over an hour with hospital staff, police spokeswoman Christina Judd said.”It’s not an excuse. It definitely doesn’t forgive what happened,” she said.Payne wrote in a police report that he grabbed Wubbels and took her outside to avoid causing a “scene” in the emergency room. He said his boss, a lieutenant whose actions also were being reviewed, told him to arrest Wubbels if she kept interfering.The detective left Wubbels in a hot police car for 20 minutes before realizing that blood had already been drawn as part of treatment, said her lawyer, Karra Porter. Wubbels was not charged.”This has upended her worldview in a way. She just couldn’t believe this could happen,” Porter said.Wubbels and her attorneys on Thursday released the video they obtained through a public records request to call for change. She has not sued, but that could change, said attorney Jake Macfarlane.Salt Lake County District Attorney Sim Gill said that the video was concerning and called the police chief to ask for a criminal investigation.The department is open to the inquiry that will be run by Salt Lake County’s Unified Police, Judd said. Gill’s office will review the findings.In response to the incident, Judd said the department updated its blood-draw policy last week to mirror what the hospital uses. She said officers have already received additional training.

#TraitorTrump and #PatsySessions fool themselves on terrorism too! The charges against Mr. Faisal have also raised concerns among F.B.I. agents about whether federal prosecutors have lost their appetite to pursue overseas terrorists because Attorney General Jeff Sessions has said they should not be tried in civilian courts.

The charges against Mr. Faisal have also raised concerns among F.B.I. agents about whether federal prosecutors have lost their appetite to pursue overseas terrorists because Attorney General Jeff Sessions has said they should not be tried in civilian courts. “Dozens of wannabe terrorists have been successfully tried in civilian courts but #TraitorTrump wants to use torture and put people in military prisons without trial or poof.”