“There was a time I would have looked at a heroin addict and said ‘you piece of crap get your life together,’ but God has a way of showing you things.”She said Hunter’s addiction “has changed my whole outlook because I know that it’s a disease and then I have had to fight for him and I know that there are people out there that don’t have anybody to fight for them.” “Family and friends, even my own mother, have said I should just cut him off and let him die. But I could never do that as a mother — I will always fight for my children and I couldn’t just let him go and cut him off,” Turco said.

Source: Butler County mom of heroin addict: I once was against Narcan too

American officials have regularly said that Qatar agreed to host the Taliban embassy as part of a broader American-led effort to facilitate peace talks in Afghanistan, not because of any support for the Taliban or their ideology. (The opening of a Qatar office of the Palestinian militant group Hamas was also arranged with American approval.)The former American officials, recalling the negotiations over locating the Taliban embassy, said that both the U.A.E. and Qatar wanted to enlarge their status as players in international affairs, and that neither wanted its rival to have the chance to host the peace talks.

“I am upset that a pretend exercise in an improvisation, from an actual scene in the film, has been written about as if it was a real scenario. The suggestion that real money was taken from a child during an audition is false and upsetting. I would be outraged myself if this had happened. The point of this film is to bring attention to the horrors children face in war, and to help fight to protect them,” she added.Panh added that the scene relates to “a real episode from the life of Loung Ung” and underlined that those auditioning were aware that the exercise was not real. “The children were not tricked or entrapped, as some have suggested. They understood very well that this was acting, and make believe,” he said.First They Killed My Father will be shown at the Toronto international film festival, and is expected to be released on Netflix later this year. 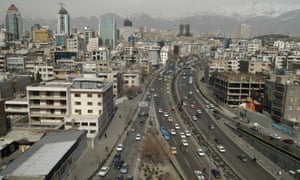 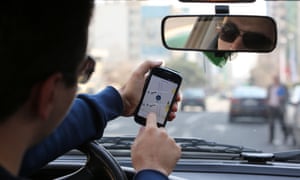 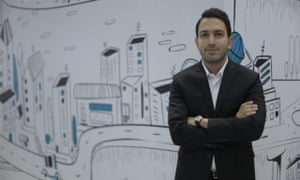 “For the first time in Iran, the priority is with the customer, you can leave feedback and it’s taken seriously, we’ve never felt like that before in Iran,” Reza (not his real name) said. And most drivers have a second job. “I have friends who’re doing a master’s degree at Sharif University or other universities and they’re Snapp drivers,” he said.MTN Irancell, the telecommunications group, is Snapp’s major investor. The taxi app is currently offering several services including Snapp Plus, which features rides with better cars, and Snapp Box, a courier service to send and receive parcels on motorbikes. Unlike Uber, Snapp drivers accept both online payments and cash.Snapp also has a service called Snapprose, offering female drivers for women and families. Writer and commentator Sharmine Narwani was visiting Iran earlier this month. She posted on Twitter at her surprise at having a female driver.

Source: Snapp: how Tehran’s answer to Uber is changing how people travel, and live | Cities | The Guardian

Doctors told her there was nothing wrong. But she knew her body.