So is the new communications chief going to fire these guys – ROTFLMAO: “Among those urging Mr. Trump to spare Mr. Sessions have been Reince Priebus, the White House chief of staff; Stephen K. Bannon, the president’s chief strategist; and Donald F. McGahn II, the White House counsel, according to officials who asked not to be named describing internal deliberations.”

Texas health officials today announced the state’s first probable local Zika infection of the year, which also appears to be the first local case reported in the United States for 2017.The patient is a Hildago County resident who had not traveled outside the area or had any other risk factors, the Texas Department of State Health Services (TSDHS) said in a press release. Hildago County, located in the Rio Grande Valley, is in far southern Texas on the border with Mexico.The virus was probably transmitted by a mosquito bite in South Texas some time in the last few months, and lab tests show that the person is no longer at risk of spreading Zika to mosquitoes.In April the TDSHS expanded its recommendations for testing pregnant women and people with Zika infections in six South Texas counties, which led to thousands of tests being conducted and to the identification of the newly identified case.

A punishing drought that stretches across much of the U.S. Northern Plains could cause farmers to lose 64 million bushels of wheat production this year, according to federal officials.

The Senate voted to proceed to debate. But they’re proceeding into a mess of multiple plans and amendments.

The California group’s hybrid soul and funk took a while to form but it was finessed to perfection on hits including Chainey Do, I’m So Excited and Slow Hand

Source: The Pointer Sisters – 10 of the best | Music | The Guardian 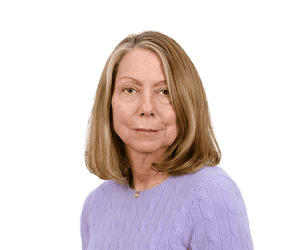 Despite the bluster and bullying, Trump is too scared to go into full Nixon mode and fire Jeff Sessions, says political columnist Jill Abramson

Source: Trump is a coward. At least it limits the damage he does | Jill Abramson | Opinion | The Guardian