The man in the white house sits, naked and obscene, a pustule of ego, in the harsh light, a man whose grasp exceeded his understanding, because his understanding was dulled by indulgence. He must know somewhere below the surface he skates on that he has destroyed his image, and like Dorian Gray before him, will be devoured by his own corrosion in due time too. One way or another this will kill him, though he may drag down millions with him. One way or another, he knows he has stepped off a cliff, pronounced himself king of the air, and is in freefall. Another dungheap awaits his landing; the dung is all his; when he plunges into it he will be, at last, a self-made man. 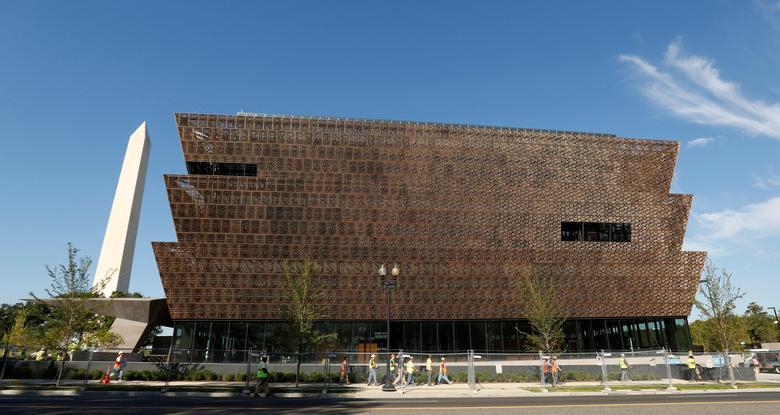 “The noose has long represented a deplorable act of cowardice and depravity — a symbol of extreme violence for African Americans,” Director Lonnie Bunch said in an email to museum staff sent to Reuters by a museum spokeswoman.Bunch said museum officials do not know who was responsible and told staff the incident “is a stark reminder why the work you do is so important.”A U.S. Park Police spokeswoman confirmed the agency was investigating but declined to provide any further details.The incident comes less than a week after a noose was found hanging from a tree outside the nearby Hirshhorn Museum, Smithsonian.com, an affiliated news organization, said.

“Hate in America, especially for African-Americans, is living every day,” he said. James said that when he was first notified of the incident, he was reminded of the mother of Emmett Till, who insisted that her son, who was lynched in 1955, have an open coffin at his funeral, so people could not ignore the brutality of the killing.“No matter how much money you have, no matter how famous you are, no matter how many people admire you, being black in America is tough,” James said. “And we’ve got a long way to go for us as a society and for us as African-Americans until we feel equal.”

German Foreign Minister Sigmar Gabriel was even more blunt on Monday, slamming the US president’s “short-sighted” policies that have “weakened the West” and hurt European interests. “The short-sighted policies of the American government stand against the interests of the European Union,” he warned, judging that “the West has become smaller, at least it has become weaker.” Speaking just days after Trump promised to sell Saudi Arabia $110 billion worth of arms in order to deter Iran, Gabriel accused Washington of fuelling religious conflict. And he warned against “accelerating climate change by weakening environmental protection.”

Our world is in crisis. People have always been forced to move against their will: they’ve fled wars and natural disasters, persecution and violence. But never before has the forced movement of people occurred at such a rate. 1 in 113 people in the world today have been driven from their homes. Simultaneously, a rising climate of nationalistic xenophobia among host nations has made resettlement for those who’ve experienced forced displacement increasingly dangerous and uncertain.

“Islam hates us,” he said during a later interview with CNN’s Anderson Cooper in March 2016.