The Walker board and staff responsible for this outrage somehow did not learn/know the most fundamental principle of relationships with community members. Those making decisions directly affecting communities must share the power to decide what is being proposed with those from the affected communities. Nor the basic requirements for partnerships: mutual respect, mutual learning, and mutual accountability. This was understandable 50 years ago but is willful ignorance today.

Once you dig a little, you find this guy wasn’t a right-winger, but an unstable maniac who hated almost everybody, and maybe inevitably was going to lash out at some point

Some, however, also challenged his ‘facts’, pointing out that neither Lenin nor Marx were practicing Jews. Marx’s parents converted to Christianity and he was raised Lutheran, and became an atheist later. Lenin was baptized Russian Orthodox – he had a Jewish grandfather who converted to Russian Orthodoxy. Others noted that the last prominent figure to grab headlines by making this point was Russian president Vladimir Putin in 2013.

The encounter, which took place in Minneapolis on May 14, was captured on a video that was posted to Facebook on May 19. In it, an officer approaches the man, identified in a police report as Ariel Vences-Lopez, 23, and requests his name and state identification.“Are you here illegally?” the officer asks.A bystander who appears to be the person filming the interaction asks whether he or other transit police officers are authorized to act as immigration authorities.The officer shrugs, and replies, “No, not necessarily.”According to the Metro Transit Police Department’s incident report, an officer identified as Andy Lamers also used a Taser on Mr. Vences-Lopez, an action not captured in the 35-second video, after he refused orders to sit.The report identified Mr. Lamers as the “primary” officer involved in the episode. In a telephone interview on Saturday, a department spokesman would not say whether Mr. Lamers was the officer who questioned Mr. Vences-Lopez on the video. A statement on Saturday from the transit police chief, John Harrington, also did not identify the officer.

President Donald Trump took to Twitter on Tuesday to complain about a US trade deficit with Germany, and his belief that Germany needs to pay more for the NATO military alliance.

Source: Trump lashes out at Germany, promises ‘change’ in relations – The Local 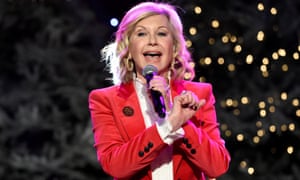 The singer recovered from breast cancer 25 years ago and has devoted herself to helping others with the disease ever since.Last week, she cancelled planned meet-and-greet events for the upcoming concerts because of “severe back pain”.A statement posted on Facebook said: “Olivia Newton-John is reluctantly postponing her June US and Canadian concert tour dates.“The back pain that initially caused her to postpone the first half of her concert tour has turned out to be breast cancer that has metastasised to the sacrum.“In addition to natural wellness therapies, Olivia will complete a short course of photon radiation therapy and is confident she will be back later in the year, better than ever, to celebrate her shows.”Newton-John said: “I decided on my direction of therapies after consultation with my doctors and natural therapists and the medical team at my Olivia Newton-John Cancer Wellness and Research Centre in Melbourne.”

Republican senator Chuck Grassley of Iowa has demanded that an investigation be carried out into the Chinese company Qiaowai, which has been working on behalf of Kushner Companies to entice wealthy Chinese to invest in the well-connected real estate company’s latest project with promises of US visas.In January, Jared Kushner, Ivanka Trump’s husband, sold his shares of Kushner Co. to take on a new — and controversial — position as senior White House advisor to his father-in-law, though that has done little to prevent the family company from getting wrapped up in charges of government corruption and profiteering.

I feel you, Pain. You are hard. You are brutal. You make my knees buckle and my lungs heave. You slice me open and make me bleed. You are heavy. And cold. And dark. You offer not even a sliver of light. But, know this, Pain: I will survive you because I am filled up with light. The light of love given and received. Love is the golden thread that holds me together and warms me from the inside. It makes me solid. It makes me durable.It makes me believe in God and Goodness and Hope and Healing. You will not destroy me, Pain. You will devastate me. You will leave me ravaged and starving, but you will not destroy me. I will ache and break and simmer and rage and seethe and weep and grieve and then, in time,I will let you go.Because even you, Pain, are not meant to be forever.It all comes and it all goes. All of it.Life exists in waves. It undulates.

So sorry you had to fall out with your father or anyone else to stand for your beliefs. My hope is that upon “reflection,” he and others will love you for just being you and not who they might wish you be for them.

As every year, Ramadan comes with all the festivities that surrounds us in and out. It comes with all them memories of childhood and family unions. Lights, and long nights and above all, you see Jerusalem dressing in a festive mode.
As every year as well, and maybe as with every such occasion, it is important to take a pause and think, Contemplate, and reflect.
Ramadan is supposed to be the month of contemplation.
However, as every year, and as the situation in every similar occasion, we lose track of the meaning behind things and follow rigid rituals that end up in showing the worse in us.
I am someone who stopped fasting since years, partly in my way of protesting rules, and partly because I just cannot drink water. However, mostly because my relationship with the creator has taken a different shape, and above all, I learned that we…